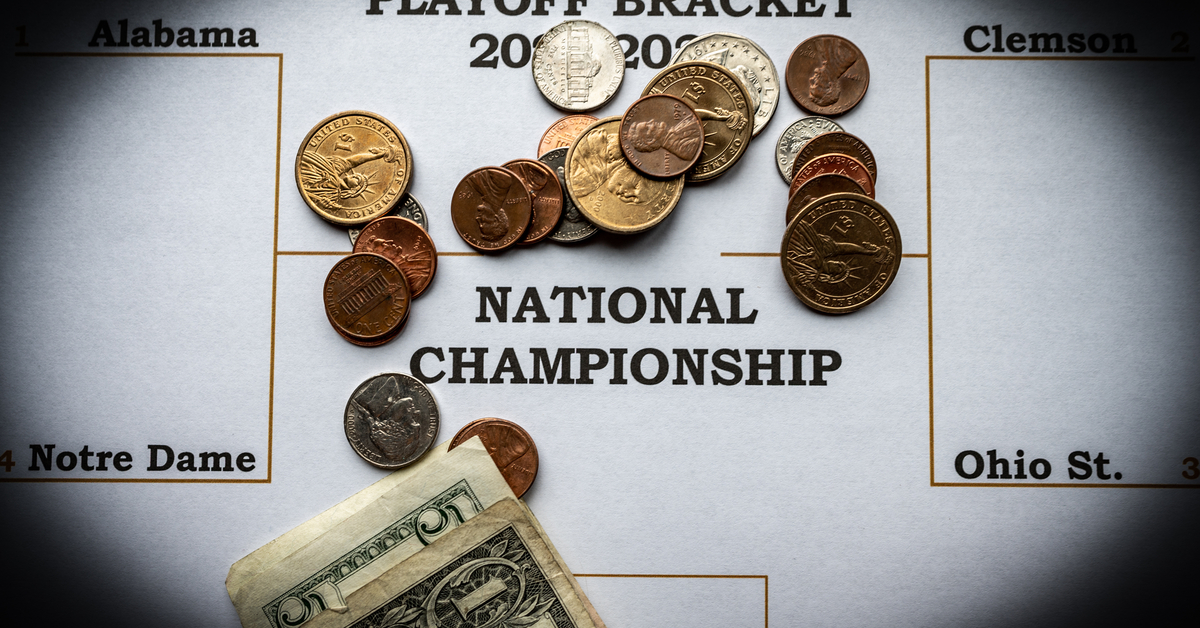 The Alabama Crimson Tide (12-0) take on the Ohio State Buckeyes (7-0) in the College Football National Championship on Monday Night.

Alabama comes into the game after handling their business with a 31-14 over Notre Dame in the Rose Bowl. On the other hand, Ohio State surprised many people with dominant 49-28 win over Clemson in the Sugar Bowl.

Alabama is looking for their third national title in the past six years, while Ohio State is looking to win for the first time since 2014.

It has been an unusual college football season, with COVID-19 issues complicating matters throughout. Nevertheless, we have reached the conclusion of the 2020 campaign.

In this piece, I will go over my best prop bets for the contest and provide reasoning for all the picks. All betting odds provided are courtesy of William Hill. As always, please play responsibly.

The full game to go over 75 points is a trickier proposition, but I expect both teams to start fast. Alabama had the second-highest scoring offense in college football this year, while Ohio State had the third.

Things look even better when you break them down at a game level. Throughout the regular season, Alabama and Ohio State combined to average over 22 points in the first frame. In fact, both teams ranked top-10 in first-quarter scoring.

With two of the most electric offenses in the FBS, I think both sides come out firing to start this one. I am banking on seeing a first quarter with at least 17 points.

Eating some more juice with this pick, but I like the Crimson Tide to be leading early. We already know they score a lot in the first quarter, but they’ve also led after the first frame in 83 percent of their games this year.

Ohio State is going to stay competitive in this game with their offense, not because of their defense. I trust Alabama to score with ease during their first few drives.

They’ve outscored opponents 104-16 in the first quarter over their past eight games, so why would I expect anything different?

Ohio State receiver Garrett Wilson has a prop worth targeting on Monday night. The sophomore is averaging 95.8 yards per game on the season, and he matches up well in the slot versus Alabama.

One of the major strengths of the Crimson Tide’ defense is their outside corners, but the team can be susceptible over the middle of the field.

Most recently, we saw Kadarius Toney of the Florida Gators put up 153 yards from the slot against them. Compounding this matter is the unclear status of starting slot corner Malachi Moore. According to head coach Nick Saban, he remains “very questionable” for the game.

With Moore either playing banged up or not at all, I like Wilson to have a big game. If Ohio State is going to keep up with Alabama’s high-flying offense, they will need to throw the ball. They may be hard-pressed to get much going on the outside, but Wilson should find enough space over the middle to cash this for us.

This is simply an enormous number.

As good as Jones has been this year, he has gone under this number in five of his last seven games. The Crimson Tide will also be without starting center Landon Dickerson, this year’s recipient of the Rimington Trophy as top center in the nation.

That does not bode extremely well for an immobile quarterback like Jones, as the Ohio State defensive line can create serious problems. I expect them to trouble him enough to keep him under this massive total.

Of course, someone like DeVonta Smith could break off an 80-yard passing touchdown at a moment’s notice, but I will take my chances. I still think Alabama wins this game, but I do not think they need Jones to hit this number to do it.