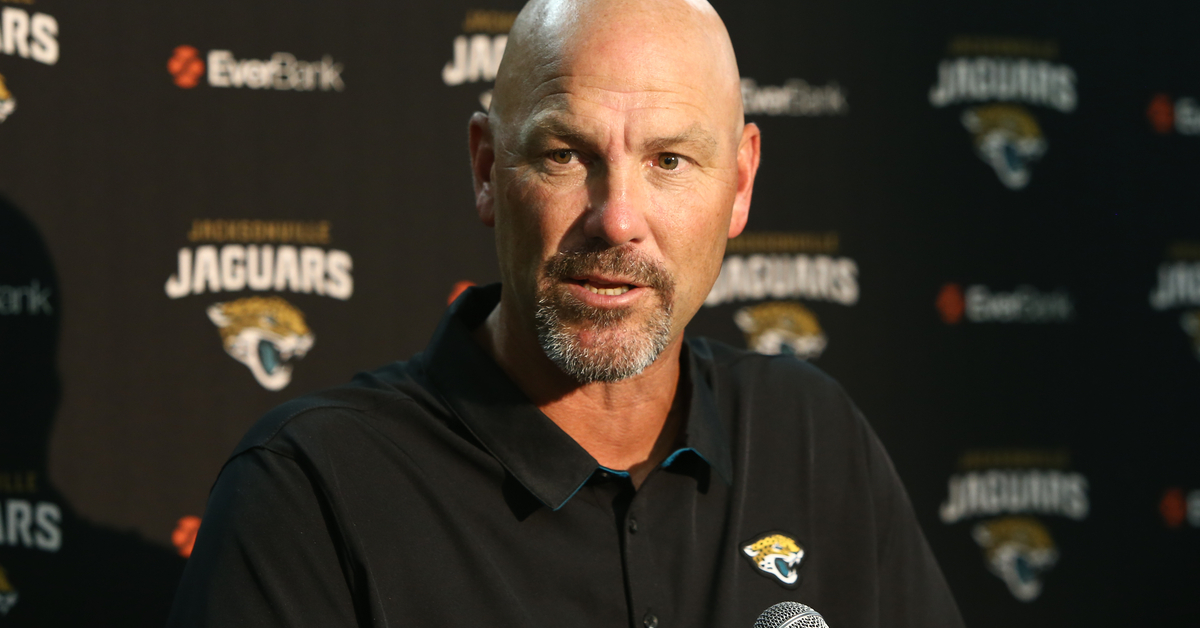 The Las Vegas Raiders did not waste any time finding their new defensive coordinator.

On Tuesday afternoon, the team announced they hired Gus Bradley, who has served as the defensive coordinator for the Los Angeles Chargers since 2017.

The Raiders fired defensive coordinator Paul Guenther midway through 2020, as his unit was a disaster for most of the season. His replacement, Rod Marinelli, showed no improvements across a two-game audition.

So, with Bradley in tow, what can Raiders’ fans expect from the new DC? Let’s take a look at his track record in the NFL and set some expectations for the upcoming year.

Gruden brought Bradley on as their defensive quality control coach, before he earned a promotion to linebackers coach. It was here he really grew as a professional, specifically under the tutelage of renowned defensive guru Monte Kiffin.

Coincidentally, Kiffin got Bradley his first big break in 2009. When Jim Mora and the Seattle Seahawks were searching for a new DC, Kiffin sung Bradley’s praises. He told Mora that Bradley was a “once in a lifetime coach” and that he had to bring him in.

Mora heeded the advice and hired Bradley. It was an astute decision, as Bradley transformed the Seahawks into the legendary Legion of Boom, a unit widely regarded as one of the greatest in NFL history.

This landed Bradley the head coaching job of the Jacksonville Jaguars in 2013. The Jaguars went from 28th in yardage allowed during his first season to the sixth-ranked defense in 2016. Alas, he posted a 14-48 record during that span, resulting in his firing.

Even though the on-field results were not there, Bradley also was a part of the drafts that brought the Jaguars players such as Jalen Ramsey, Myles Jack, Yannick Ngaouke, Telvin Smith, and Dante Fowler.

That brings us to his Chargers stint. During his first two years with the franchise, the defense was stout, finishing third and eighth in points allowed, respectively. The unit finished 23rd in points allowed in 2020, but injuries and shoddy special teams were significant factors.

One of the most redeeming aspects of his time with the Chargers was a strong identification of talent. He played a large part in drafting All-Pro caliber players like Derwin James and Desmond King.

What Bradley Brings to the Table

Above all else, Bradley brings experience to the table. He has spent over 15 years on NFL coaching staffs and has led several fantastic defenses.

His ideal defense runs a 4-3 scheme, which is what the Raiders used last year. Bradley also loves to mix in a bunch of Cover-3 formations, forcing opponents to throw short passes underneath.

Make no mistake, Bradley’s work is cut out for him, but the Raiders are not an entirely blank slate. Despite some rough patches, former first-round pick Clelin Ferrell finished the year as the league’s 16th-ranked edge defender according to PFF.

Linebacker Nick Kwiatkoski, defensive tackle Maurice Hurst, and safety Jeff Heath also all finished in the top-20 at their respective positions. Younger players like Trayvon Mullen, Damon Arnette, Maxx Crosby, and Johnathan Abram all show promise too, but they need a ton of development to reach their ceilings.

At the very least, it will be nearly impossible to be as bad as the Raiders were on defense this year. They were 30th in points against per game (29.9), 30th in sacks (21), 30th in third-down defense, and 30th in takeaways.

In particular, rushing the quarterback and forcing turnovers will be key areas to improve on. During an interview on Tuesday, Bradley said, “get things right up front and then build in everywhere else.”

It sounds simple, but getting pressure on the quarterback is everything for a defense. You could have a perfect scheme and the best secondary in the league, but it all falls apart when the defensive line cannot make life difficult for the opposing signal caller.

Out of the bottom 13 teams in sacks this season, only the Tennessee Titans made the playoffs. The Titans had a top-three offense and led the league in turnover differential, which is about the only way to win when you cannot rush the passer.

“If you can affect the quarterback, you’ve got a good chance to help your team make it to that level that you’re all shooting for,” Bradley stated.

Finding success on the defensive line is the single most important thing for the Raiders heading into next year.

Time will tell, but at face value, this seems like a good hire for the Raiders.

Bradley is a well-respected defensive mind capable of getting through to an inexperienced defense. He has had success in the league, capped off by winning Super Bowl XLVIII.

He has the 17th-overall pick in the 2021 NFL Draft to work with, plus a plethora of impact defensive players on the free-agent market.

This hiring will also answer whether coaching has been the root of the Raiders’ defensive issues. Here’s to hoping we see an improved unit at Allegiant Stadium in 2021.