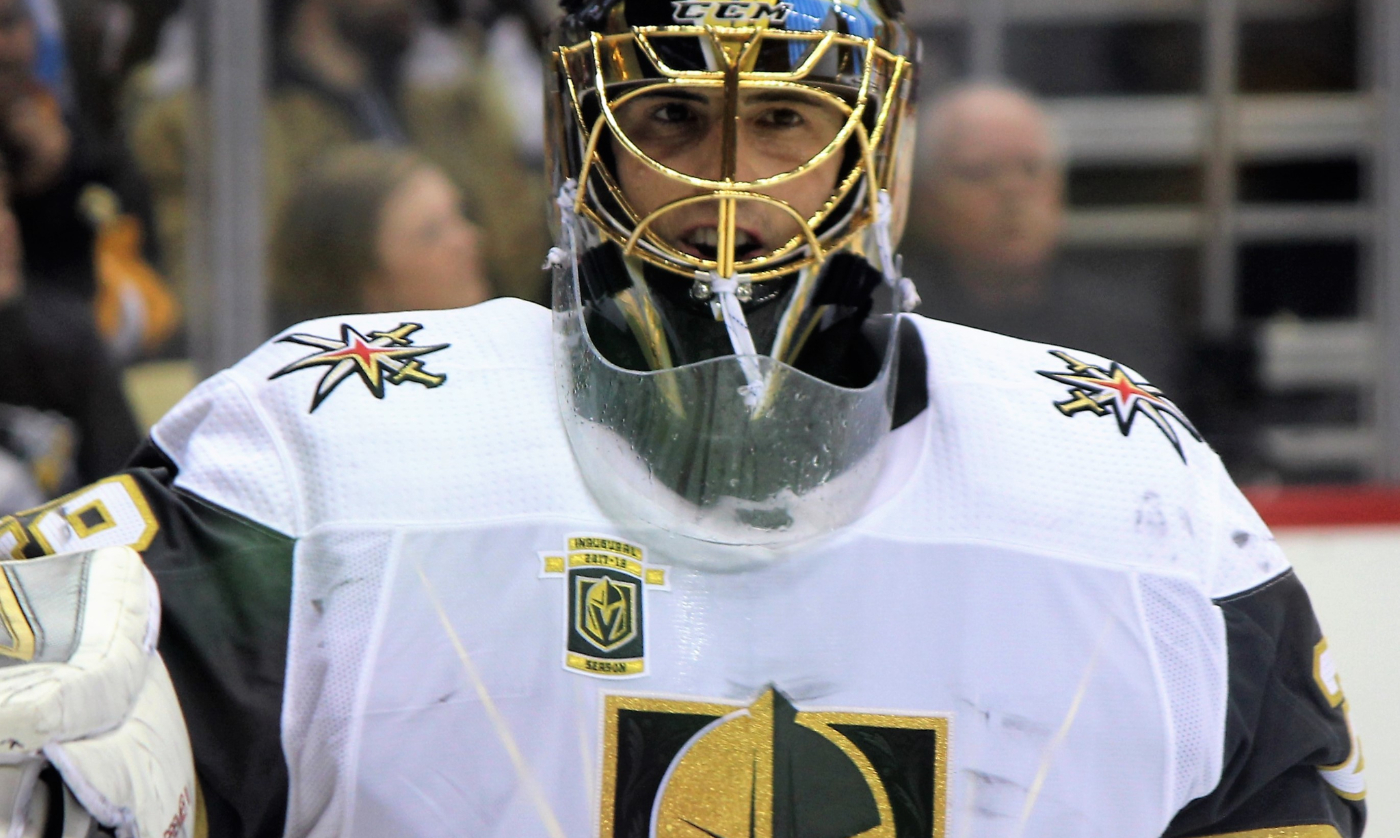 Fleury Remains the Heart and Soul of the Golden Knights

Even though the franchise is only 4 years old, Marc-Andre Fleury has already made an everlasting impact on the Vegas Golden Knights.

Since the first day “Flower” arrived in Nevada, he has been a beacon of positivity for the team. As one of the original Golden Knights, he is also the most recognizable face (and smile) on the roster.

His on-ice play has been stellar. Between 2017-18 and 2019-20, he ranks fifth among all goaltenders in wins and is tied for first in shutouts.

This all comes while being one of the most-involved community members in professional sports. Just last week, Fleury hand-delivered a fan’s contest winnings to her front door because it was only 20 minutes out of his way.

Those who have played with Fleury also consider him one of the greatest teammates in the NHL. His steadfast desire to win, jovial personality and lighthearted pranking make him a joy for any organization.

Despite the accolades, there have been some bumps in the road for the 36-year-old.

Fleury saw his play deteriorate in the second half of last season. This coincided with the loss of his father, one of his biggest heroes and mentors.

The team also traded for goalie Robin Lehner at the trade deadline. Lehner overtook Fleury as the starting netminder in the playoffs, which led to a messy situation with Fleury’s agent on Twitter.

The Golden Knights then signed Lehner to a multi-year contract extension in the offseason, leading many to believe Fleury’s time in Las Vegas was ending. He dealt with rampant trade speculation all throughout the 2020 offseason, with rumors that the team might even buy him out.

Yet, his commitment to Las Vegas has never wavered.

Back in September, he told Jesse Granger of The Athletic that he “wants to stay in Vegas” and has “loved every moment since [he] got here.” He even made note that he would be beyond happy to retire with the Golden Knights.

Fast forward to the start of the 2020-21 season, and he has posted an undefeated record through four games. His 1.25 goals-against average and .944 save percentage are two of the best marks in the league.

The goaltending controversy has also quieted down with the team’s 7-1-1 start. Keeping both goalies on the roster has made the Golden Knights better, not worse.

Fleury’s winning smile is appearing far more frequently, and his calming presence is a luxury most teams do not have. The Golden Knights feel laidback whenever he is in the net, almost like his demeanor passes on to everyone else.

Captain Mark Stone may be the team’s best player, Alex Pietrangelo is a Norris-caliber newcomer, and Lehner may be the goalie of the future. Despite all that, it is clear that Fleury remains the heart and soul of the organization.