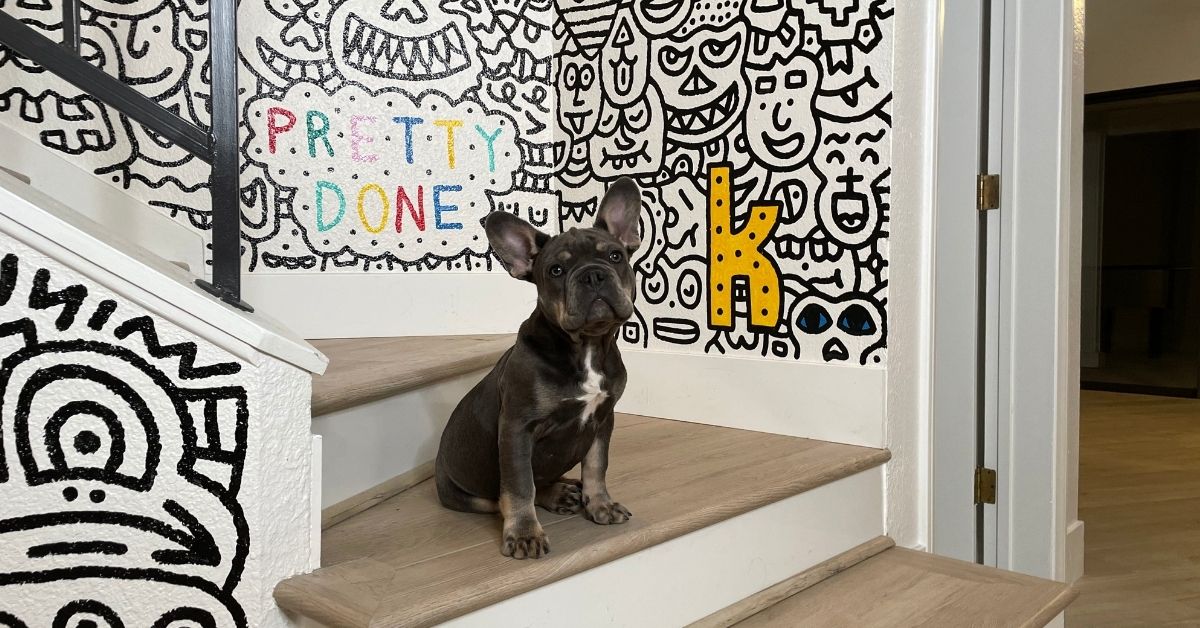 The newest tiny terror on the block, 13-week-old Killer is a Frenchie with major personality. Just like his name indicates he’s an assassin when it comes to breaking the hearts of his many “aunties.” Catch this blue and tan babe tearing up Downtown. In an in-depth interview, we chat with the French Bulldog about this favorite tequila, his gold chains and his namesake hometown heroes.

Who’s your Daddy?  Mike Twedell … or, as his nieces and nephews like to call him, “Big Fun.”

What’s the story behind your name? Dad loves Las Vegas and the band The Killers. Plus my grandpa is named Pete … so it only makes sense that I’m “Killer Pete Tweedle.”

Where are you from? Born and raised in fabulous Las Vegas, Nevada.

Where’s your favorite place to go for a walk? In my ‘hood in Downtown Las Vegas. Fergusons Downtown has a pretty great track to pick up new fans and followers.

Single and ready to mingle? Currently, I’m in a throuple with my little ladies Dasher (English Bulldog) and Winnie (French Bulldog) .

Favorite treat? Claze Azul Tequila … however, when that’s not offered to me, I’d say bacon treats.

Biggest pet peeve? Going to my crate every night.

Best part about being a Las Vegas dog? Definitely the people. I have so many beautiful aunts who love to hold me … this life is not overrated!

Favorite animal charity? Rather new to the Las Vegas philanthropic game, but word on the street is The Animal Foundation is doing pretty great things for Las Vegas.

Clothes or nah? Most of the time, nekkid is my game. Once in a while, I’ll wear a dope hoodie or my gold chains, which are necessary.

You on your way to becoming a social media celebrity?  Maybe, but only if Dad would hurry up and get me my own IG account!!! I’m sick of sharing his @mtwedell.

Next Read: The Secret Life of Las Vegas Pets Merlin and Charlie Cooperman