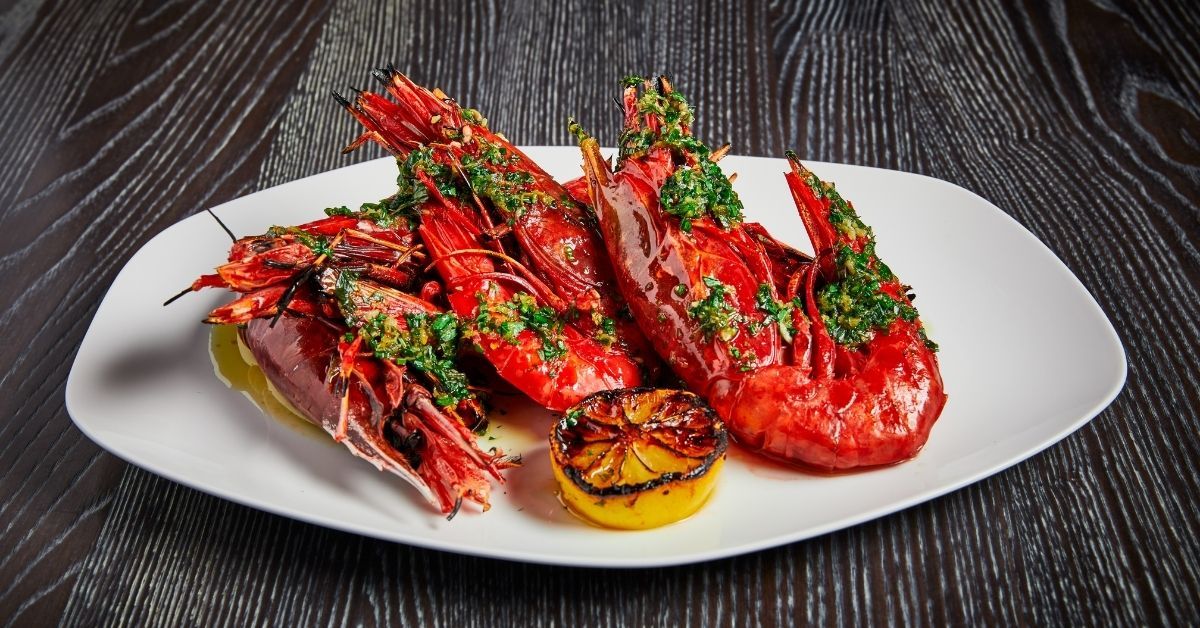 Amalfi is Bobby Flay’s Ode to His Favorite Italian Hangout

A fishmonger interacts with guests helping them choose their delicacy

It must be nice to be Bobby Flay. When you’re the most recognized celebrity chef in the world not named Gordon Ramsay, you can do things like this: take a very successful restaurant, shut it down, and replace it with another restaurant that is likely to be just as successful.

Flay’s signature eatery, Mesa Grill, was a destination dining spot at Caesars Palace for years. His well-known and approachable Southwestern flavors were unlike anything else in the resort.

Now Flay has redone the entire space and moved into more familiar fare. Amalfi is the Food Network star’s ode to the Amalfi Coast of Italy, a favorite hangout of his (must be nice!). The focus here is fresh ingredients and preparations that honor those ingredients through Italian recipes.

Before discussing the food, it should be noted that the room itself has been updated with soft colors that make it easy to let your mind drift off to the Italian sea. The restaurant is still spacious with three standout areas: the bar along a front wall, the open kitchen in the middle of that same side, and towards the back, the newly stationed fish market.

The fish market is going to be quite the rage on Instagram, with the daily varieties of seafood on display. Diners mosey over to the market and view out the proteins on ice, all in giant blue and white tiled ceramic barrels. It’s a striking sight. A fishmonger interacts with guests helping them choose their delicacy, which is then prepared whole grilled or filleted with the diners’ choice of Meyer lemon and capers, red pepper and Calabrian Chile pesto or salsa verde. Red snapper, branzino and swordfish are on the menu regularly while, on the night we went, a beautiful grouper was offered.

Of course, being an Italian joint, the pastas better hit. And they do. Squid ink fettuccine is an exercise in colors. The black, toothsome noodles commingling with lobster, shrimp and squid in a reddish pink fra diavolo sauce. Pasta “rags” is a standout that features fatter flat noodles covered in an all’arrabbiata sauce with Calabrian Chile and mozzarella di bufala. It should be noted that while both fra diavolo and all’arrabbiata are traditionally spicy sauces, they are relatively tame – especially for Flay – yet flavorful. Lastly, spaghetti zucchine is a lovely surprise with its bright green color and the crunch of the zucchini from the “fritto” batter.

One might not come to this restaurant for a steak, but one would be mistaken to pass by it. The bone-in ribeye serves the entire table. It’s no frills, just proper cookery, showcasing the natural flavor of the meat.

Desserts follow suit. Keep it simple, which is often the hardest thing to do. The fig crostata is a homey tart which will no doubt feature different fruits as they come into season. The real star of the plate there though is the accompanying honey mascarpone gelato. Lemon, Lemon, Lemon showcases a specific piece of citrus in the forms of cake, custard and crisps, but it escapes me which one.

Though many were sad to see Mesa Grill go, Bobby Flay already proved that Amalfi is a worthy replacement. Must be nice…