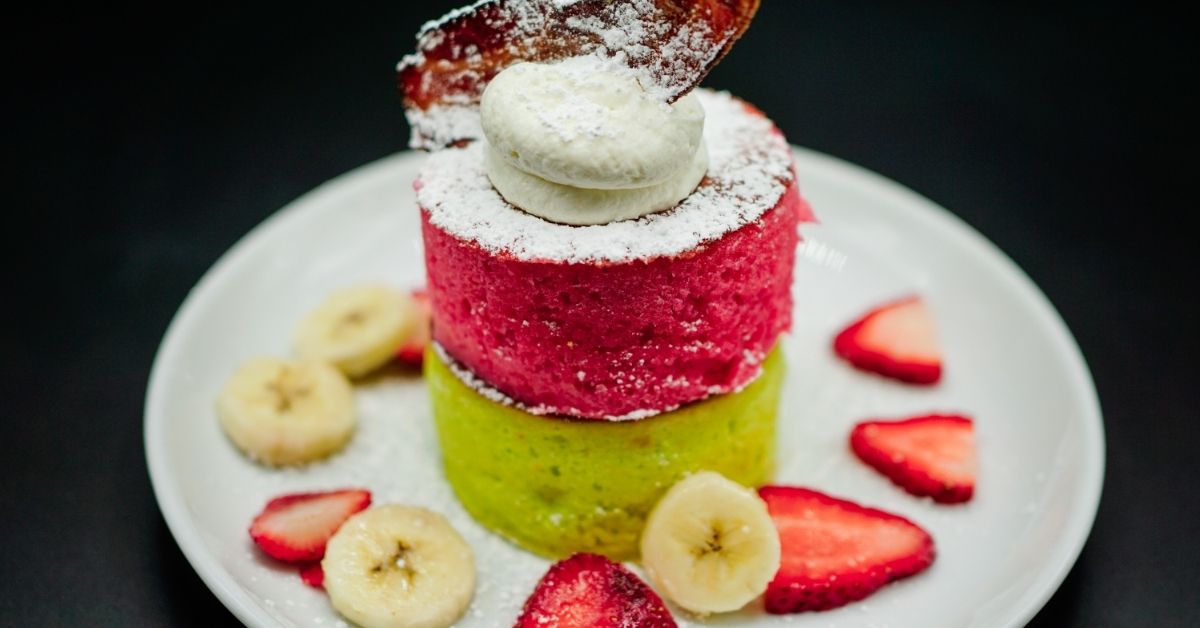 The Deets
WHAT: “Stacked-Rite” weekend brunch at the Goodwich

IT’S: The first-ever brunch menu at one of the best sandwich shops in Las Vegas

WHO’S BEHIND IT: The Downtown Project, Executive Chef David Simmons

FUN FACT: The Goodwich first started as a small kiosk outside Dino’s in 2014 before moving into a permanent space a year later.

WEBSITE: Get familiar with some of the best sandwiches in Vegas

INSTAGRAM: Everything looks better between two slices of bread

It’s been a year of change for the Goodwich, a sandwich shop with bread, bacon, dressing, and virtually all other ingredients made in house—even the pickles. The business, which operates on the ground level of the Soho Lofts building near Las Vegas Boulevard and Charleston, was sold to the Downtown Project a little more than a year ago. Fortunately, the new owners know not to mess with a good thing.

Same As The Old Boss

After taking a break during the onset of the pandemic, the Goodwich is back in operation. David Simmons was brought in as executive chef after running kitchens at Lawry’s The Prime Rib and Gallagher’s Steakhouse at New York-New York. His main duty: make sure the sandwiches are as good as ever with the best ingredients possible. A reputation earned should never be taken lightly.

Got the Monday blues? We’re here for you AND open until 9 p.m. 💙 pic.twitter.com/arcNJEFSGr

A Brunch For Sandwich Geeks

However, Simmons is also showing his creativity with the Goodwich’s first-ever brunch. As can be expected, the small menu of eight dishes is heavy on modified sandwiches. The Fried Eggy is a burger topped with fried egg, swiss cheese, flavorful pepper bacon and chipotle mayo for a hint of smokiness. The Prosciutto Happiness is slightly lighter, mixing softly scrambled eggs with prosciutto, parmesan and arugula pesto on a delicate croissant.

The Brekky Bowl is more inventive, combining scrambled eggs, ham, red peppers and melted cheeses in a sourdough bowl. The most surprising dish, however, is the Fluffy Stacked-Rite Pancakes, inspired by the souffle pancake trend that’s erupted in Japan the past few years. Egg whites are folded into the batter and grilled in steel molds for a tall shape and light texture. Give yourself about 20 minutes for the finished product to arrive—topped with cream, candied bacon, sprinkles and fruit. Despite the rainbow presentation of the pancakes, every color tastes that same, although different flavors are in the planning stages.

Local Sips To Wash It All Down

The Goodwich makes a point to support other local businesses. Nitro and drip coffee is from Vesta while local breweries are well represented by draft or can. Able Baker’s Atomic Duck is especially popular.

Of course, it’s hard to turn down a mimosa during brunch. Order three as a flight, choosing from flavors like mango, raspberry, passion fruit, orange, peach and pineapple. The light shade is good news, revealing a favorable ratio of bubbly to juice. Bottles of sparkling wine are available at the table for just $20.

Despite the change of ownership, the Goodwich remains one of the best places in Las Vegas to grab a sandwich. The kitchen is in great hands under the guidance of David Simmons and the new brunch is a fun way to mix things up. It’s a low-key but affordable option, especially for couples and small groups. (Larger parties might prefer something more grand and social.) The mimosas and bubbly are a good deal as well.

Eat at the World’s Only Raiders-Themed Tavern