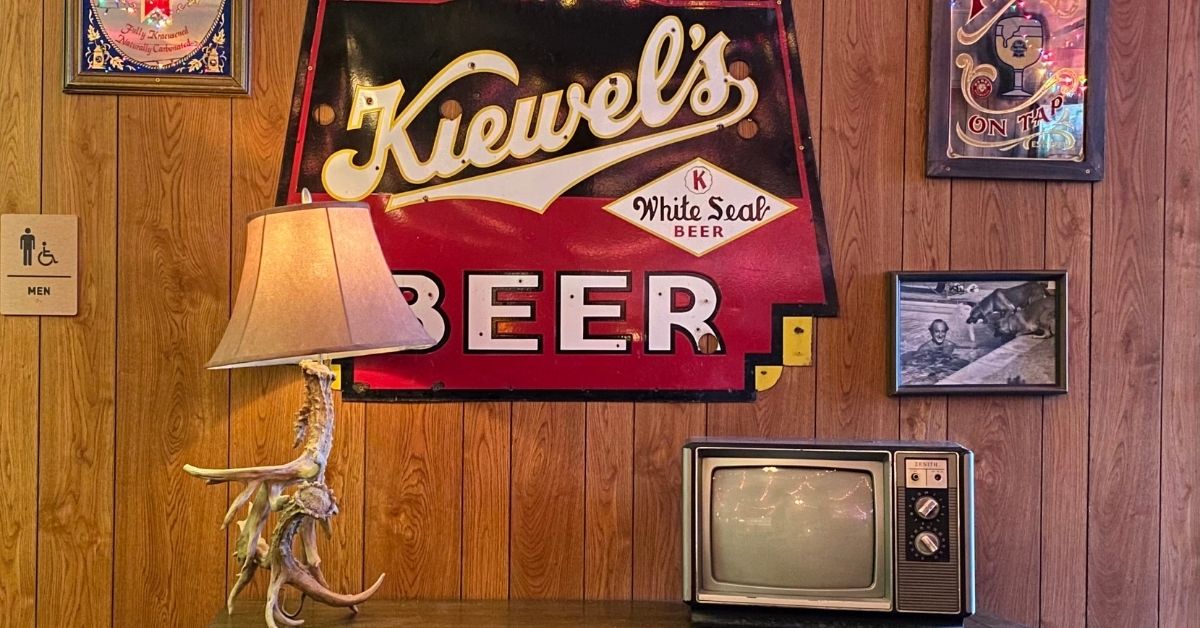 After two years in the making, long-awaited beer bar Silver Stamp has finally arrived, opening its doors on Wednesday at 5 p.m.

“It feels so nice to not have to put on crappy clothes and be nailing sh*t to the wall,” says Rose Signor, who co-owns the bar alongside her partner, Andrew Smith.

The pair, both veterans of the Las Vegas bar scene, have spent the last several months meticulously building their dream bar. Originally three different units, Signor and Smith handled a lot of the work themselves, from knocking down the walls to grinding the concrete floors.

“There’s not a thing in here that we haven’t touched,” Smith says.

Located at 222 E. Imperial Ave., Silver Stamp is unique in its kitschy, vintage charm. While many new bars opt for a modern look, Silver Stamp feels like it was plucked from the 1970s.

Almost everything inside is vintage, from the hundreds of old beer cans that line the walls and the furniture to the antique beer signs. They even found some old Gary Platt casino chairs for the bar (“the Cadillac of bar chairs,” Smith says) and acquired green floor tiles to add to the old school aesthetic.

The couple put just as much work into crafting their menu. Inspired by their lengthy backpacking trip across Europe, Silver Stamp features 20 taps and 20 canned beers. Among them are some rare gems: They’re the only Nevada bar to have a keg of Schönramer Grünhopfen from Germany and the only ones in Las Vegas to have a Pizza Port’s Locals Only West Coast IPA, which never leaves the Carlsbad brewery’s taproom.

They plan to roll out a large-format list, along with non-liquor cocktails, in the near future. In addition to libations, they also have light snacks like pickled eggs, hot dogs and chips.

“A lot of people said this bar feels like it’s been here forever. That’s a huge compliment for us,” Signor says. “We wanted this bar to be comfortable and cozy, and I think we achieved that. It feels like home.”


Read: Las Vegas Artist Dispels Stereotypes in the Black Community With a Paintbrush

Tasty Tuesday Eats and Drinks All the...