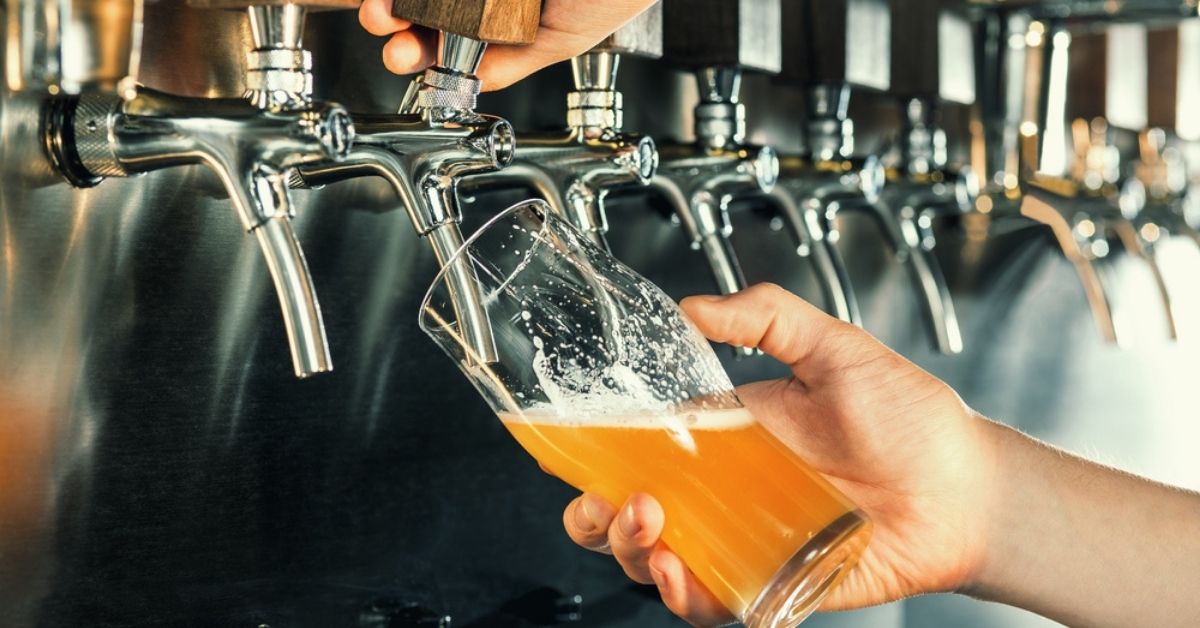 Restaurants oftentimes provide an opportunity for patrons to try off-menu items through daily specials. Breweries do the same with seasonal beers, offering new beers to try that are frequently ones that have never been revealed before.

Our Southern Nevada brewers are ushering in spring and flexing their creative muscles with unique brews utilizing non-traditional ingredients that include tellicherry peppercorns, hibiscus, chili peppers, mango, rose hips and even one with a scratch n’ sniff label.

Co-founder James Manos reports they have Five Pepper Porter, a very unique American-style porter brewed with toasted coconut and aged on serrano, habanero, jalapeno, ancho and Guadalajara peppers, resulting in layers that go from an upfront coconut nose, to chocolate/caramel sweetness, finishing in a paradise of habanero heat. This beer was one of the first beers Manos dreamed up for the brewery in his garage back in his homebrewing days.

Brewmaster Joe Cuozzo has two sour beers: Weird as Funk and Roisin Hibiscus Sour. Both are made from the same base beer and soured with Brettanomyces (a type of yeast used to sour beer) and the Roisin is aged with hibiscus in a wine barrel from the local Vegas Valley Winery. A good description would be to categorize the Weird as Funk as a sour beer for beginners and the Roison for those that can handle more puckering tartness. For those who love sour beers, HUDL could become your new hangout, for in the coming weeks it will also be pouring a tart cherry and a green apple sour.

Head Brewer Cameron Fisher has brewed two-time award winner Avo Toast Imperial Amber, an imperial amber ale inspired by the popular breakfast item brewed with avocado blossom honey and tellicherry peppercorn. And, CraftHaus may possibly be the first brewery to ever use a scratch ‘n’ sniff label, which is attached to cans containing the brewery’s new Way To Man-Go!, which you guessed it, is scented with mango to represent the flavors in this pale ale infused with real fruit and double dry hopped with Citra, Simcoe and Cascade.

This one will not only taste great, but conjure up memories of your youth when collecting aroma emitting stickers was THE thing to do. The scent on the label is expected to last for six months, but it’s unlikely you’ll wait that long to drink the beer!

Our local nomad brewer (a contract brewer who travels to a functioning brewing facility to produce one-off beers) Kyle Weniger, a.k.a. Juxta Nomad, collaborated with Astronomy Aleworks to brew Andrew’s Hips Don’t Lie. This sour golden ale with “rose” hips was made exclusively for the newly-opened craft beer bar in the Gateway District, The Silver Stamp, which is the only place you can experience it. The clever name is a reference to both the ingredient and the bar’s co-owners Andrew and Rose.

Make your way soon to one or more of these local craft beer havens to experience these new beers and come back often to find more of our local brewers’ new creations.