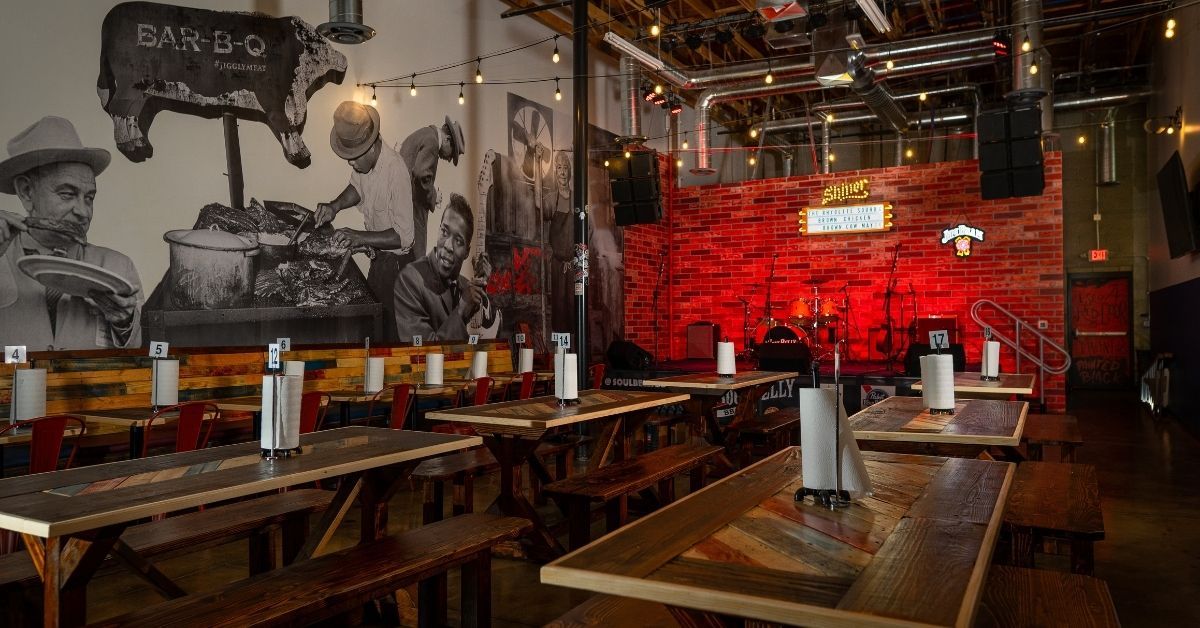 This week, BBQ smokes up the Arts District, smoky cocktails and caviar make a perfect pairing at Bellagio and it’s a new day for delis in Las Vegas.

For example, the brisket is Texas-inspired while the pulled pork is Carolina style. Everything in the restaurant from the meats to the sides are handcrafted – even the pasta in the mac and cheese is made in house. Soulbelly BBQ won’t be known for just great food, but as a great place to catch a live music performance, too.

I’m taking a little more of a chef’s approach than a pitmaster’s, though the heart of the industry and culture can still be tasted. Signature #jigglymeat–a phrase coined for the way a brisket moves when it’s pulled from the smoker dishes include Kalman’s Salt & Pepper Brisket, Carolina Pulled Pork, Chipotle Cider Glazed Drumsticks, Pork Spare Ribs, Hatch Chile and Cheddar Hot Links, and Texas Sausages.

From handcrafted pasta and chicharrón breadcrumbs for the Mac and Cheese, to extensive recipe testing for the Coleslaw, Kalman dedicated his efforts toward ensuring that each dish on Soulbelly BBQ’s menu was crafted with full flavor in mind.

The Bellagio Martini exudes elegance with a beautifully shaped ice sphere at the center of the glass. This quintessential vodka-based martini features lemon essence for a splash of citrus to pair with the lavish and edible Ossetra Caviar Cigar.

One of the planet’s most opulent and scrumptious taco, The Caviar Taco features a thin and crispy potato shell filled with layered flavors of Hamachi, lemon, chives and olive oil and then topped with Daurenkie caviar.

Saginaw’s Deli at Circa

Conceptualized by Michigan legend Paul Saginaw, Saginaw’s Delicatessen is his first restaurant outside of Michigan. A lifelong fan of Downtown Las Vegas, Saginaw has collaborated with Stevens to introduce a family-style deli touting sandwiches “so big, you’ll need two hands to eat them.”

Saginaw is known worldwide for the iconic Zingerman’s Deli – an Ann Arbor institution he opened with partner Ari Weinzweig in1982 – that’s consistently ranked among the world’s best sandwich joints. A college-aged Derek Stevens used to line up early for the restaurant’s buzzed-about sandwiches, and later opened the Coffee Stand at the D Las Vegas, proudly serving Zingerman’s Coffee.

Follow @offthestrip and @melindasheckells for more dining and restaurant news.