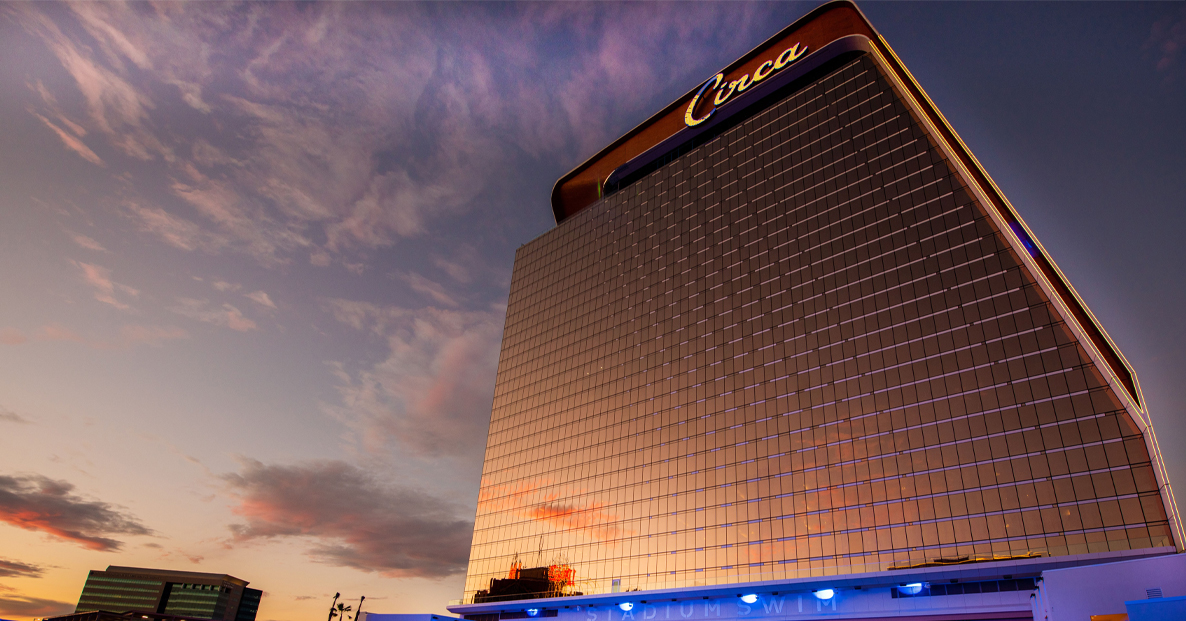 Circa Las Vegas opened its doors October 28 at the stroke of midnight and thousands of people rushed in to check out its offerings. Owned by brothers Derek and Greg Stevens, this new property brings a major list of superlatives to Downtown Las Vegas including: world’s largest sports book, longest bar in Nevada and most thrilling escalator ride. Located on the site of the former Vegas Club, Circa is also the first adult’s only casino-resort in Las Vegas. Here are 10 secrets we discovered about Circa Las Vegas.

Not Even A Wrinkle

While we would never advocate asking a woman her age, it’s safe to say that Vegas Vickie–the iconic vintage neon sign envisioned in 1980 by Bob Stupak as the glimmering marker of the Glitter Gulch–doesn’t look a day over 21 thanks to a recent makeover that puts her right in the middle of Circa’s action.

As the centerpiece of the casino lounge, the 40-year-old kicking cowgirl received a head-to-toe nip tuck from her creator YESCO [Young Electric Sign Company] after being removed from the Gulch in 2017 when it was demolished to make way for Circa.

The restoration took more than a year, but now she has found her forever home. Want to see her do the high kick? Rumor has it, there is a button to control her two-step behind the bar, but you didn’t hear that from us.

How Do You Stack Up?

Former banker Chris Ihle is no longer counting stacks of cash, he’s now stacking bricks of a different kind–micro building blocks to be precise. Ihle is behind Circa’s Chris Ihle Art Gallery, selling statutes of notable figures made from thousands of Lego-like objects. Ihle also makes custom statues of anyone and anything. In addition to Derek Stevens, do you recognize the star above? #29

The showman behind The D, tops his previous feats with Circa. The D’s Long Bar takes a back seat to Circa’s 165-foot MEGA Bar. It features 53 seated bar-top gaming spots and 47 double-stacked TVs.

The Riddle: ‘Water’ You Doing?

The answer: “Catching a game on a 143 x 40-foot, 14-million-megapixel LED screen while floating in one of six pools or two spas.”

At Circa’s Stadium Swim, there’s no longer a need to choose between playing in the sun and catching the game–you can do both 365 days of the year.

If you’re looking to make a wager on a restaurant that will satisfy everyone’s appetite, Victory Burger & Wings Co. is a sure bet. The menu features massive burgers, wings, and even a cereal milkshake–comfort food saves the day once again.

There aren’t nearly enough delis in Las Vegas, so we were thrilled to try Saginaw’s, serving sandwiches “so big, you’ll need two hands to eat them.” And it’s pretty easy to find, look for the 7-foot tall statue of owner Paul Saginaw on your way to try the gooey and juicy Reuben.

Hold on to your skirt! Circa’s casino floor was raised 18 inches to allow for in-floor ventilation. This technique reduces energy usage and permits a more natural flow of air.

Need a caffeine boost? The Jack Pot blend at Jack Pots Coffee can only be found at Circa Las Vegas. Branded as the “Coffee That Suits You,” this 24/7 hub is created and owned by Paul Saginaw and Steve Mangigian, from Michigan’s Zingerman’s coffee. Jack Pots serves breakfast items, sandwiches and salads. Feeling daring? Try the $8 Nitro Cold Brew if you’re ready to never sleep again.

… now you don’t. If you’ve got a few moments to spare, linger at the reception desk and watch the three-panel mural featuring works from artists Jelaine Faunce and Reza Torabi shape shift every three-minutes.