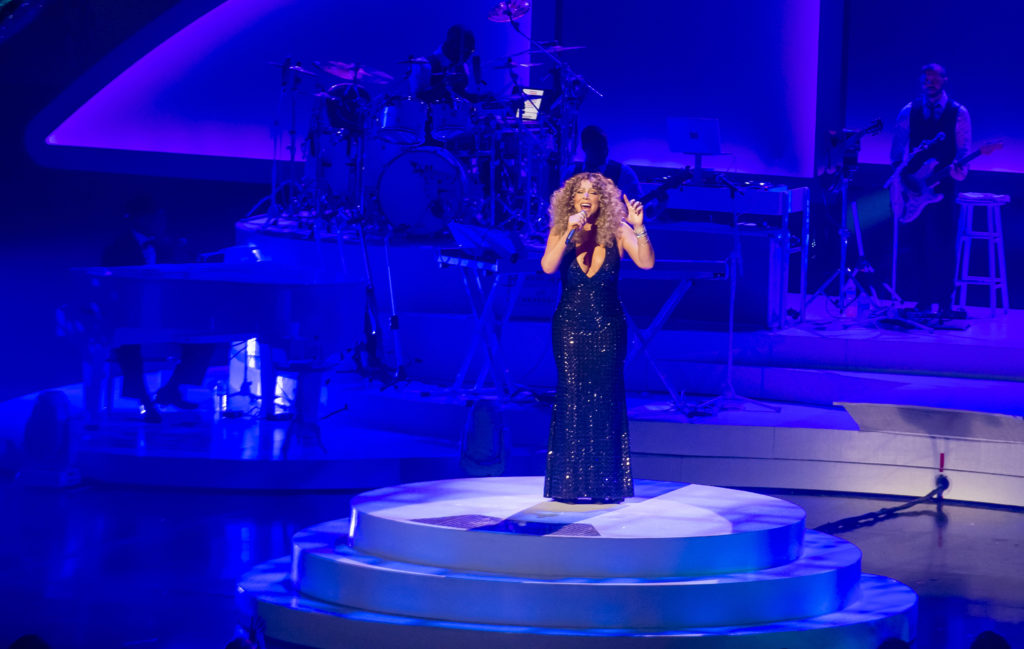 We miss Mariah Carey. The music icon, like every Strip headliner, has been out of sight but most definitely not out of mind during the pandemic. Our fingers are crossed that an accelerated vaccination schedule will get Ms. Carey and her A-list cohorts back on Las Vegas Boulevard sooner than later. In the meantime, let’s catch up with her latest interview on Questlove’s Questlove Supreme podcast, in which we learned a few things we never knew.

Back in 1994, when Mariah and Luther teamed for a cover of “Endless Love,” the singers were discussing how location matters to a singer’s voice. “He was telling me, in order to preserve that [voice], you need to be in a place like a very warm and humid climate – the desert, L.A., everything else is bad for you.” Cold air, she continued, wrecks her beautiful voice, so it only makes sense that she’d eventually wind up here in Las Vegas. This town is not exactly humid, but it’s warm, and Mariah says humidifiers definitely get the job done.

2. Coming Up, Mariah Got a Big Confidence Boost from James Brown

Mariah met the Godfather of Soul at the American Music Awards in the very early 90s—“First time I was ever there,” she recalls. After being invited to Brown’s trailer, the legend commended her vocal ability and told her, “you use your voice as an instrument.” That’s why Mariah never needed to learn guitar; she was already good. “That was a humongous compliment,” she says.

3. She Likes Her Tea with Honey Bear

Artists have rituals, routines they stick to and products they believe help them stay at the top of their game. For Mariah, it’s Celestial Seasonings Red Zinger tea, with a little bit of Honey Bear. It’s the little things we find out that make us feel closer to her.

4. Mariah Loved Her First Demo More Than Her First Album

That first record, Mariah Carey, put the singer on the map and has been certified Platinum seven times. Mariah, however, prefers the first demo, which included “Alone In Love,” ”Vanishing,” and Billboard chart-toppers “Vision of Love” and “Someday.” Turns out Mariah wasn’t even that big a fan of “Someday,” despite its monster popularity.

Questlove Supreme’s “Mariah Week” isn’t over. The next episode drops on Friday, Jan. 15.