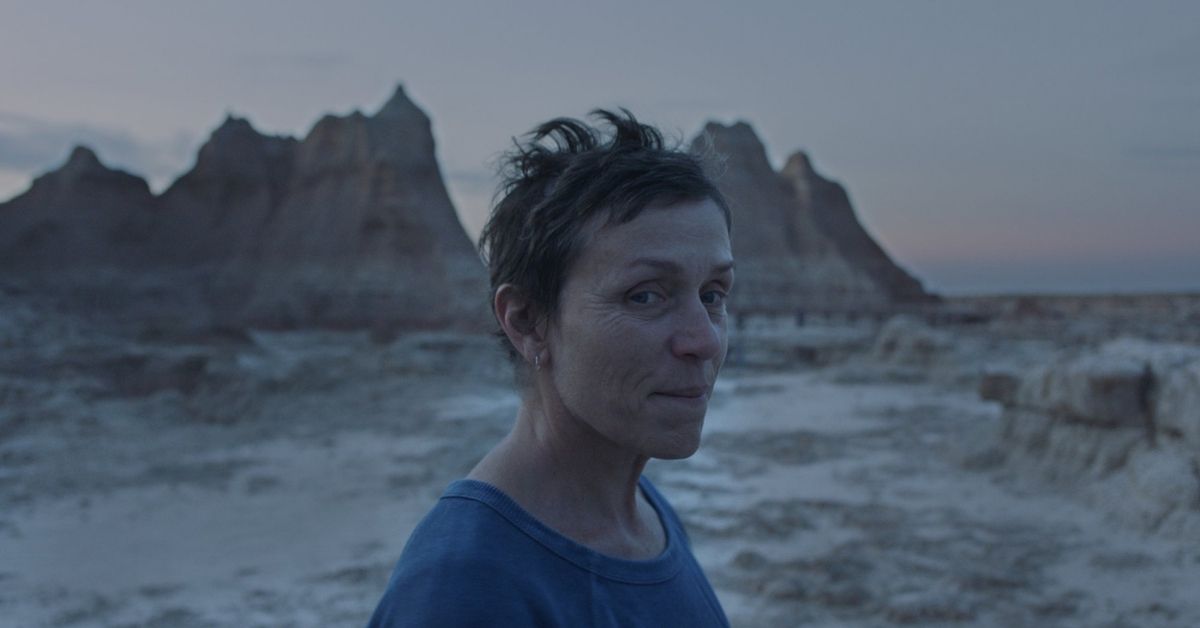 With so many movies premiering each week in theaters, on VOD and on streaming services, it’s tougher than ever to keep track of what movies are worth watching and how to watch them. Here’s a guide to five movies you should check out this week in theaters and at home.

One of the most acclaimed movies of 2020, “Nomadland” stars Frances McDormand as a woman who loses her job in a rural Nevada mining town and becomes a modern nomad. The movie captures the culture of mostly older workers who follow temporary jobs from town to town, and director Chloe Zhao casts real people as themselves alongside the recognizable stars. “Nomadland” is a quiet and affecting study of people on the margins, with beautiful cinematography.

Now playing in theaters and streaming on Hulu.

“The Lord of the Rings“

If you’re up for heading out to a theater, why not go really big and see a movie on a giant screen? All three movies in Peter Jackson’s epic “The Lord of the Rings” fantasy trilogy are being re-released this week, including in the large-screen Cinemark XD format at local Century Theatres. Relive the adventures of Frodo, Sam, Gandalf, Legolas, Aragorn and the rest of the denizens of Middle-Earth as they battle the evil forces of Sauron. Watch the still-dazzling action unfold on the biggest screen available.

This family-friendly comedy tells the story of 10-year-old Flora (Matilda Lawler), who rescues a squirrel from a vacuum cleaner and becomes convinced that he’s now a superhero. While helping Ulysses explore his newfound powers, Flora also attempts to reunite her estranged parents, played by Alyson Hannigan and Ben Schwartz. “Flora & Ulysses” is full of clever references to superheroes and comic books, with some cute running jokes, but it’s the winning spirit of family togetherness that really makes the movie work.

This cynical crime caper stars Rosamund Pike as Marla Grayson, a ruthless grifter who manipulates the legal system into granting her guardianship over senior citizens. Marla’s latest victim turns out to be the mother of a dangerous crime boss (Peter Dinklage), who is very protective of his mom (Dianne Wiest). The movie becomes a battle between two terrible people, with cutting repartee between the characters and another strong performance from Pike as an amoral sociopath. It’s unapologetically nasty, but mostly in a fun way.

There’s a new film out this week based on Noel Coward’s classic 1941 play, with a star-studded cast (including Dan Stevens and Judi Dench) but a flat, clumsy execution. Instead of watching that, check out the original 1945 screen version directed by David Lean and starring Rex Harrison as a man who accidentally summons the ghost of his first wife (Kay Hammond), much to the annoyance of his current wife (Constance Cummings). It’s light and silly, but the actors put their full effort into the ridiculous material and bring Coward’s sparkling wit to life.

Now streaming on HBO Max and the Criterion Channel.

10 Secrets of Circa Las Vegas, Downtown’s...

Halloween by the Hits: 10 Costumes with...