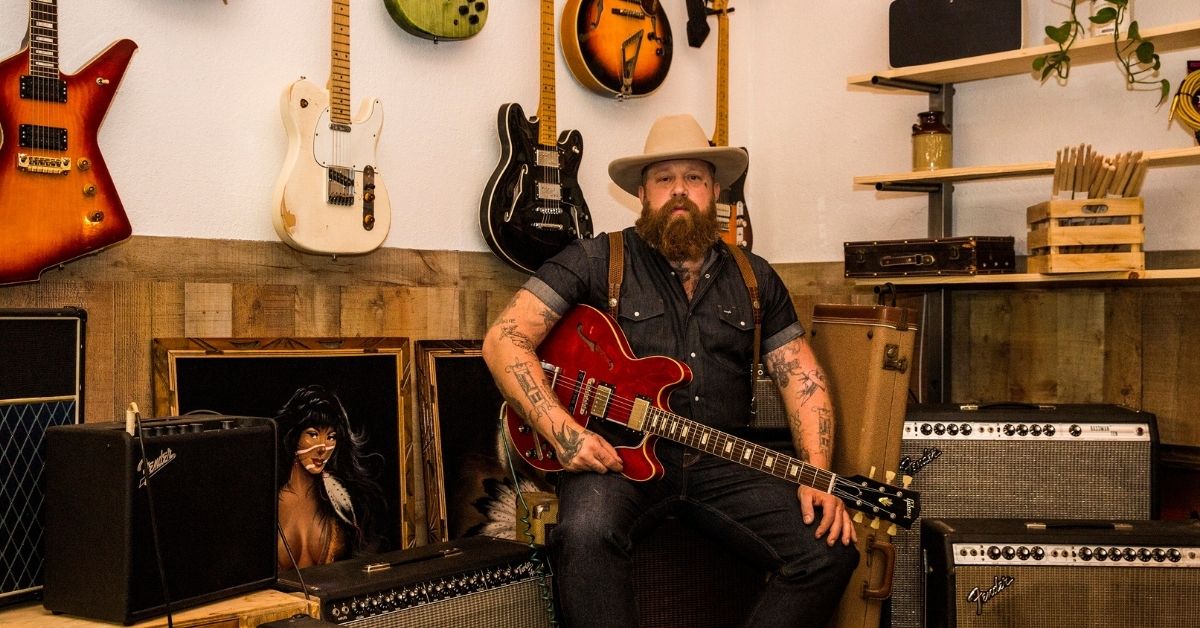 A One-Stop Shop for Musicians in Las Vegas

IT’S: A 4,000-square-foot rehearsal space for musicians with themed rooms and so much more.

FUN FACT: Reha recently scored a side gig as a voice-over artist for a slot machine.

WEBSITE: Check out the services, and book rehearsal or recording time.

INSTAGRAM: Get inspired to pick up a guitar, microphone or pair of drumsticks.

An Environment Any Musician Would Love

Sonic Rodeo began as a rehearsal space and evolved into an all-encompassing one-stop shop for musicians— basically providing everything they might need before a show.

Just getting started? Sonic Rodeo provides lessons. Need something to play? Sonic Rodeo sells, rents and repairs instruments, gear and accessories. Need to stage a concert? Sonic Rodeo provides full production for shows (at least when live entertainment is once again cleared in Nevada) with audio, lighting and staging. Want to take your band to the next level? Sonic Rodeo can even book and promote your act with merchandise produced in-house.

“If a band has a show on Saturday, we can provide them with T-shirts and stickers by (the previous) Monday,” Sonic Rodeo’s Larry Reha says. “They can even record a demo in one of our rooms.”

Services are targeted to musicians of all levels, from amateurs who don’t have the space to practice at home to professionals earning income in the entertainment business. “A lot of musicians recently moved here from Los Angeles,” Reha says. “We’ve had a few of them stop in. They’re using the rooms to jam and flesh out their upcoming albums.”

Everything in each room is ready to use—guitar amps, drum sets, microphones and more. The main room has a lounge area perfect for bands who might want to stick around for days or weeks at a time. “It’s not a sterile environment,” Reha adds. “It’s very inviting and comfortable.”

Reha is also a singer and guitarist for The Rhyolite Sound, which he describes as a “heavy honky-tonk band.” He and drummer A.J. Palluck wanted a better rehearsal space that would inspire them to be more creative as musicians. They teamed up with James Swanson, owner of Screaming Images (a large-scale graphic design business), and the Sonic Rodeo concept grew from there.

Swanson’s influence is seen in the design of the venue, especially rehearsal room wall graphics that pay tribute to great music cities. For example, images of country and honky-tonk for the Nashville Room and punk rock for the Detroit Room. The graphics reflect the diversity of the musicians who come and go. Reha notes that an R&B artist, gospel group and a “guy who composes music for slot machines” have all booked time at Sonic Rodeo in recent days.

Rehearsal room rentals begin at $20 per hour. Reservations two hours or longer receive a $5 discount on each additional hour. Quarterly, six-month and annual rates are also available. Additional guitar amp or cymbal rentals are $5 to $8 per rehearsal. Inquire directly for fees connected to recording, staging, promotion, merchandising and other services.

Sonic Rodeo is almost like a co-working space for musicians. Having so many resources in one place is invaluable for anyone ready to plug in and play, be you a hip-hop artist, rock band or a DJ. You don’t need to be a pro or someone aspiring to that status. Bring your buddies and jam away. It’s a much better environment than a basement or garage. Rates are fair, and, who knows, you may end up networking with someone who will help open a few doors in the local music scene.

It’s All in the Cards—February’s New Moon...