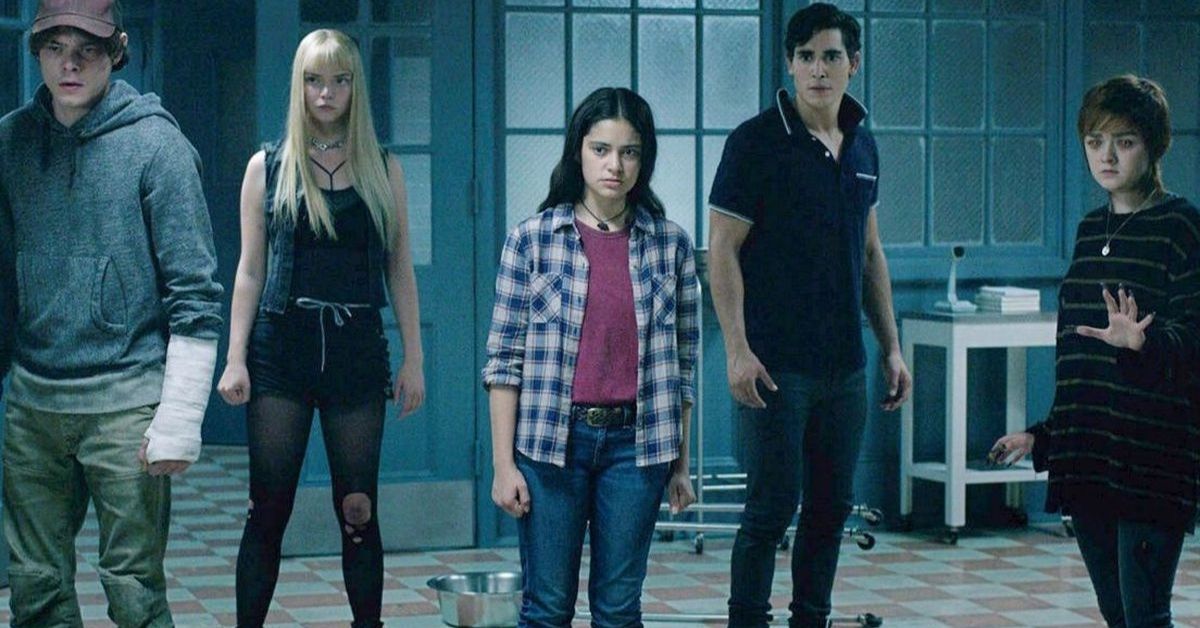 Movies to Watch: ‘The Power,’ ‘Sugar Daddy’ and ‘The New Mutants’

This week’s biggest releases in theaters (teen sci-fi thriller “Voyagers”) and on Netflix (Melissa McCarthy comedy “Thunder Force”) are both duds, so here are some better options for new and older movies to watch at home.

In 1974 London, a young nurse (Rose Williams) endures a harrowing night at a rundown, mostly abandoned hospital. Writer-director Corinna Faith takes on a turbulent period in U.K. history, with labor strikes forcing nightly power outages. Add in a spooky story about a haunted hospital, with a traumatized protagonist experiencing pervasive institutional sexism, and it can be a little much for the movie to handle. But Faith brings the elements together effectively, making pointed social commentary, delivering genuinely scary moments, and giving her fragile protagonist the chance to assert herself.

This BAFTA-nominated South African drama chronicles the harsh conditions in the South African military in the early 1980s, when the country was still under apartheid rule and at war with neighboring Angola. Sixteen-year-old Nick (Kai Luke Brümmer) deals with dehumanizing treatment during basic training for his mandatory military service, while also struggling with his sexual identity in an intensly homophobic culture. Director and co-writer Oliver Hermanus creates a sensitive coming-of-age story alongside a brutal but beautiful depiction of the horrors of warfare.

The title may be a bit salacious, but this Canadian indie movie is actually a thoughtful drama, with a great showcase for writer and star Kelly McCormack. She plays Darren, an aspiring musician in Toronto who turns to a sugar baby dating site to make ends meet. Darren is alternately empowered and dejected by the experience, which feeds her creativity and challenges her sense of self. It’s a smart and compassionate take on sex work, with evocative music video-style interludes that explore Darren’s expanding artistic pursuits.

This misfit Marvel mutant movie got dumped into theaters last August, and the critical response was not particularly kind. But it’s worth a second look now that it’s available to stream, especially for superhero fans who may have missed out. It’s a moody epilogue to the X-Men film series, featuring five troubled young people trapped in a facility for mutants with potentially dangerous powers. Anya Taylor-Joy and Maisie Williams give strong performances, and the movie emphasizes internal struggles and creepy atmosphere rather than typical overblown superhero battles.

This week marks the premiere of the ABC drama series “Rebel,” billed as “inspired by the life of Erin Brockovich today,” starring Katey Sagal as a fictionalized version of the renowned environmental activist. But instead of the bland TV legal procedural version of Brockovich’s life, a much better option is Steven Soderbergh’s 2000 Oscar-winning film starring Julia Roberts as a younger Brockovich. It remains one of Roberts’ best performances, as the sassy single mother who takes on a huge utility company via sheer force of will. It’s an ideal combination of Soderbergh’s maverick filmmaking sensibilities and crowd-pleasing mainstream storytelling.

Streaming on AMC+ and available for VOD rental.