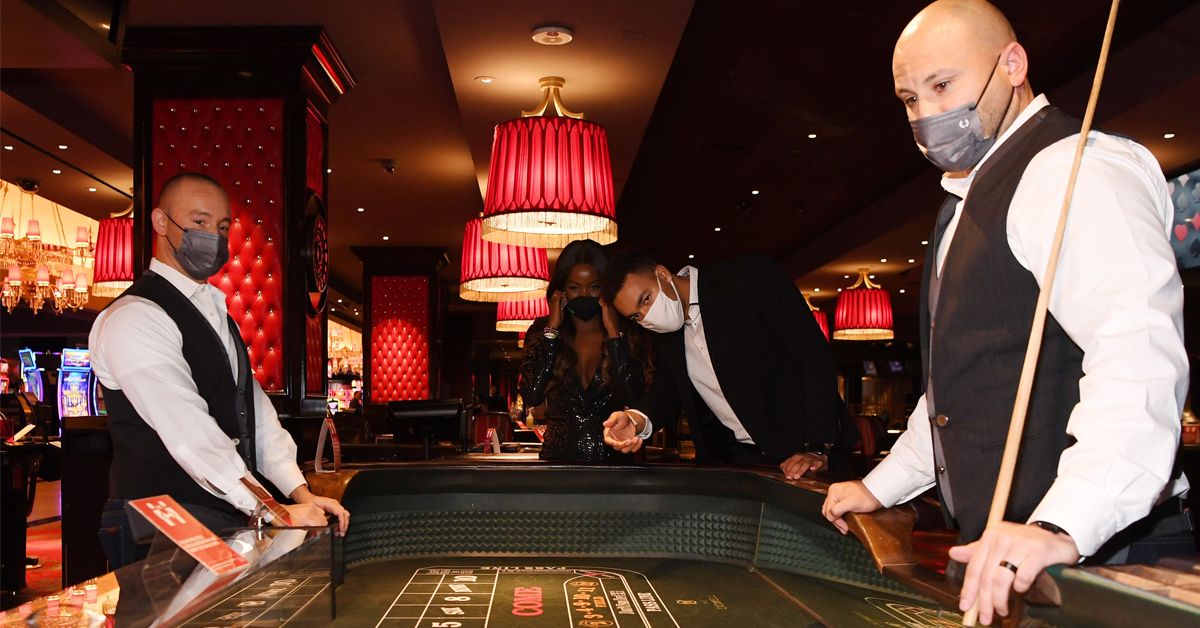 Are Adults-Only Resorts the Hottest New Trend in Vegas?

Is Las Vegas better without any children around? It’s a question some of us ponder when seeing a stroller pushed down Fremont Street at 11 p.m. We get it. You love your kids. But some of us prefer to see Las Vegas live up to its reputation as a playground for adults.

Derek Stevens seems to share that sentiment. The casino developer opened Circa on October 27 as the tallest resort on the Fremont Street Experience and the first to be built from the ground-up in Downtown in 40 years. Although rooms and suites aren’t welcoming guests until December, you can currently check out the amenities, including a multi-floor casino with the world’s largest sportsbook, the Stadium Swim rooftop pool deck and Barry’s Downtown Prime steakhouse.

And one more thing: Circa is 21-and-over.

The same week it opened, The Cromwell followed suit, becoming the first Strip resort to adopt an adults-only policy of its own. The Caesars Entertainment property made the change October 29, when it finally reopened after temporarily closing due to the COVID-19 pandemic.

This isn’t an entirely new concept in Vegas. Artisan and Serene have prohibited the presence of children for years, but both are small, quiet, off-Strip boutique hotels. Nothing close to the scale and scope of Circa or The Cromwell.

So what does it all mean? Will more resorts say “skip the kids” and plug similar policies in place? It’s too soon to say—but don’t let that stop us from weighing the pros and cons.

Most of us don’t want to deal with other people’s kids. (Some parents barely want anything to do with their own kids to begin with.) Children are loud, noisy, whiny and splash around too much at the pool. If anyone’s going to be loud, noisy and whiny while splashing around the pool, let it be the adults. Kids also like to touch stuff—like, anything really—and touching stuff is gross.

When Circa opens its hotel tower on December 28, the resort will have nearly 800 rooms and suites to fill. That’s an especially large number for Downtown, which isn’t as vast and populated as the Strip. By automatically disqualifying any travelers with kids as hotel guests, Circa has a smaller pool of visitors to draw from. Filling vacancies in a town already overloaded with hotel options isn’t necessarily easy. Then again, the Las Vegas Convention and Visitors Authority says just 5 percent of Sin City visitors reported traveling with children under the age of 21 in 2019—a statistic that seems surprisingly low, but then again, Vegas isn’t Orlando.

It’s no secret Las Vegas is hurting right now. The pandemic prompted a temporary Strip shutdown and an economic downturn that’s still being felt. Most trade shows are on hold, nightclubs are keeping their dancefloors empty and live entertainment is only slowly beginning to return. So it only makes sense to give tourists a new reason to visit. An adults-only resort could seal the deal on a couple choosing to get married and/or honeymoon in Vegas versus another popular tourist destination.

The policy isn’t 100%. Circa still allows guests to bring children to Barry’s Downtown Prime Steakhouse; a weird decision since the opulent restaurant doesn’t exactly have a family-friendly vibe. The Cromwell allows guests of all ages to visit Giada — more understandable since the namesake restaurant of celebrity chef Giada de Laurentiis is a hot destination in its own right. And it didn’t sign up for the policy when it agreed to be part of The Cromwell more than six years ago. Still, some guests may prefer the ban on children to be fully door to door.

Vegas has so many hotels, targeting specific ones for different demographics and interests may encourage visitors to plan a Vegas vacation—perhaps for the first time. The Park MGM, for example, recently became the first Strip resort to prohibit smoking throughout the entire property. While the move won’t appeal to everyone, it’s not supposed to. It’s for the rest of us non-smokers who know what it’s like to trudge through a dirty, smoke-filled casino floor—and would prefer not to.

The doors at both Circa and The Cromwell are stationed with security personnel to check identification before entering. While not a big deal, it can get crowded—never a good thing during a pandemic—and eat up time, especially on busy weekends. If you’re rushing to make a reservation or appointment at either resort, plan ahead and give yourself some extra minutes.

Pro: Image is Everything

It’s not like the Excalibur is going 21-and-over. We’re talking about resorts that are geared towards adults to begin with. Just look at Circa. The casino is a big part of its culture, covering three floors with the longest indoor cocktail bar in the world. No video arcades, no daycare services, no kiddie pools. Even its most eye-catching decoration—Vegas Vickie—is an old neon marquee that used to hang outside a strip club. The smaller Cromwell was never exactly meant for kids to begin with. Aside from Giada, the top amenities include Bound cocktail bar, the secluded Drai’s After Hours lounge and Drai’s Nightclub and Beach Club—a rooftop pool deck that prohibited children from day one. (Hotel guests with kids were given permission to visit pools at sister properties like Bally’s and Caesars Palace.)

Long story short—the adults-only trend will likely wind up being a positive for Las Vegas tourism. It offers something new and different without sacrificing the family-friendly accommodations and attractions found at other resorts. Even after all this time, the idea that Vegas really does have something for everyone is only becoming more obvious.

The Holiday Season Comes Alive Thanks to...