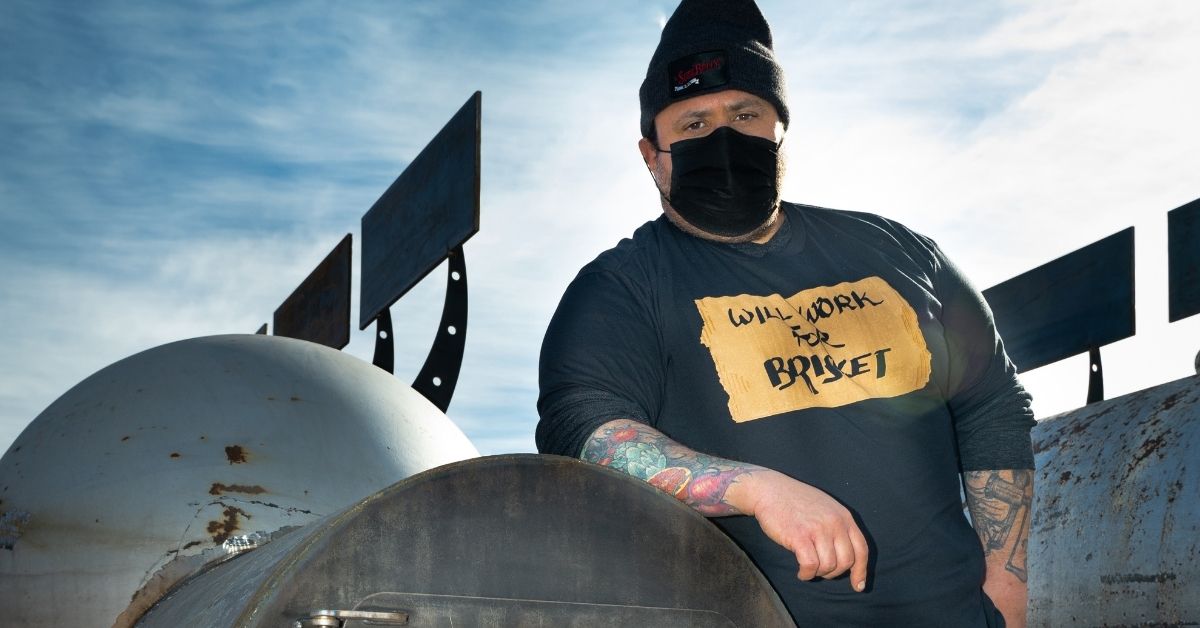 “Good” isn’t good enough for Chef Bruce Kalman. “I want people to be blown away by every bite,” says the head smoker/founder of SoulBelly BBQ.⁠⁠

Kalman is preparing for the opening of his brick-and-mortar restaurant in the Arts District, which recently began construction. During the lead-up, he hosted weekly pop-ups on the patio he shares with HUDLBrewing and Nevada Brew Works at 1327 S. Main St.

He quickly built a loyal following with barbecue lovers from across the country stopping by for a plate of his brisket, ribs, Carolina pulled pork, house-made sauces and sides like green chili and cheddar corn casserole. SoulBelly was even dubbed “the busiest restaurant in Las Vegas that hasn’t actually opened yet” by Thrillist. ⁠⁠

That’s not bad for a guy who’s only been barbecuing seriously for less than a year. A James Beard Award-nominated chef who ran fine-dining restaurants in Chicago, New York and L.A., Kalman moved to Las Vegas last February.

He’d fallen in love with barbecue while cooking with his friend Foo Fighters frontman Dave Grohl, who hosts events in the L.A. area with his Backbeat BBQ. With tips from the veteran rocker and other barbecue chefs, Kalman developed his own style.⁠⁠

“It’s amazing how wildly different everyone does it,” the New Jersey native says. “I want a good bark, but not too heavy. I’d rather have a moist, juicy, unctuous brisket.”⁠⁠

That juicy brisket is what’s had locals and tourists alike coming back for more. But for the rave reviews he’s earned in his short time barbecuing on Main Street, it’s only a sample of what’s to come. “This is just a taste of what we’re doing, but it’s a pretty big bite,” Kalman says. ⁠⁠

While the star of SoulBelly will always be barbecue, Kalman plans to feature a larger menu with live music and a full bar when his outpost opens. ⁠⁠His mission, however, remains the same.

“I’m in it to make people happy and bring people together,” he says. “That’s all I wanna do.”