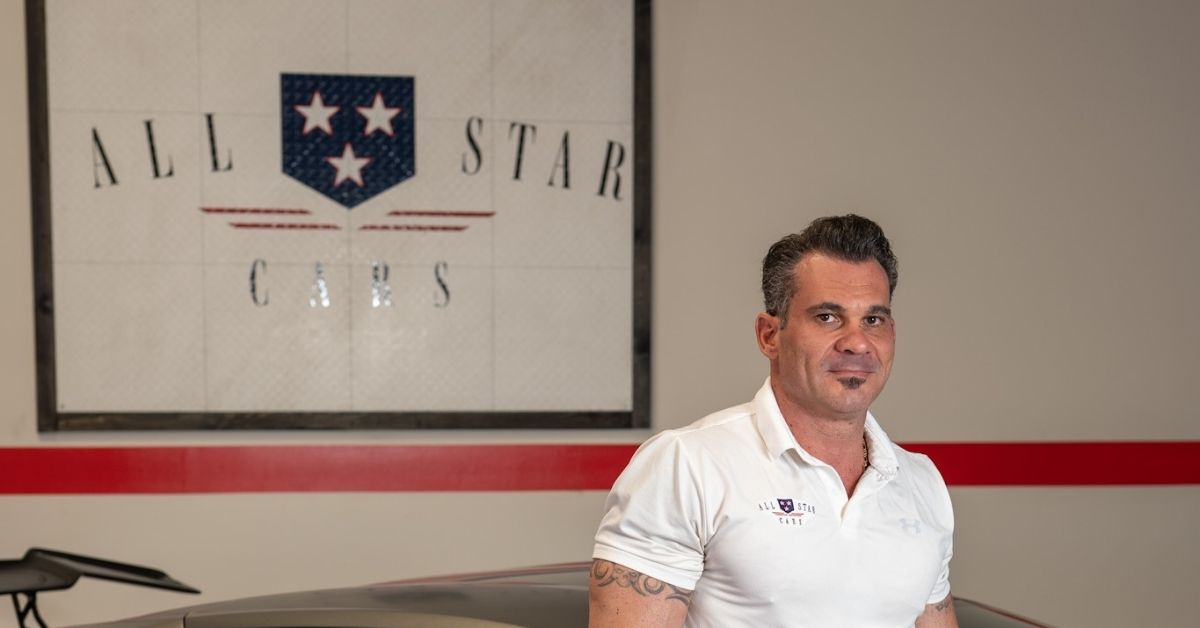 Cory McCormack Goes From the Club to All Star Cars

By all accounts, Cory McCormack was at the top of his game in March 2020. As the head of customer development for MGM Resorts International, he had just been part of the opening of The Mayfair Supper Club at Bellagio, which quickly turned into a top-grossing restaurant within the MGM Resorts portfolio.

Then the pandemic hit, the casinos closed and an entire industry—nightlife, events and entertainment —dried up, instantly.

Pivoting From Nightlife to Luxury Rentals

“We thought it would be two weeks work from home and then everybody would come back,” he says. “Two weeks became a year.”

McCormack spent the last two decades building out an incredible book of contacts as one of Las Vegas’ top nightlife executives. His resume includes top titles like senior director of nightlife development and managing partner for Hard Rock Hotel & Casino.

When it became clear how things were going last year, he made a tough choice. “The only thing I’ve ever done in Las Vegas is nightlife and I don’t know what the future of nightlife is. I don’t think anyone does. I know that it’s not going to look the way it did maybe ever,” he says.

Never one to waste any time, he made the ultimate pivot, partnering up with fellow nightlife executive Leo Mancuso to open a new business, luxury and exotic rental car company, All Star Cars.

“We were looking for a business where we could apply our hospitality, customer service and marketing skill set. What other industry would it apply to?” says McCormack.

Mancuso had some experience in the car rental industry from the time he spent in Miami as director of operations for the Fontainebleau so they decided that was a logical direction.

An All Star Cars Was Born

All Star Cars boasts an impressive inventory of exotic and luxury cars. What makes the business unique is that the team brings a hospitality-mindset to the customer service, combining a custom concierge with luxury rental by offering clients an enhanced travel experience—with club and dinner reservations, hotel bookings and more.

“Had I known about this business, I would have done it 10 years ago,” says McCormack.

Customers range from everyone to CEOs to leisure travelers. And their preferred rides are Rolls-Royce, Bentley, Ferrari, Lamborghini and Slingshot.

“Our customer is 30 to 40 percent local. The reasons for renting vary from a date night to a Lamborghini for a week,” he says. “Each car has a particular renter. The guy who came in and rented the SUV for a week—they were at Mount Charleston, they were at Red Rock, they were at Lake Mead, they were at Valley Fire,” McCormack says. “And the guy who gets the Ferrari wants to cruise up and down the Strip.”

McCormack asserts they will expand the business to several cities in the not so distant future, including places like Dallas, and it is all part of a grand transformation that he embraces.

“We’re not just renting cars—it’s the same marketing plan, customer development, database, customer service and value that we use in the hospitality industry,” he says. “We’ve had celebrities, we’ve had athletes that we’ve taken care of over the years and developed relationships with. It is second nature, coming from 20 years in the nightclub business.”

All Star Cars is open seven days a week from 10 a.m. to 6 p.m. and provides VIP pickup and delivery to select hotels and the airport.