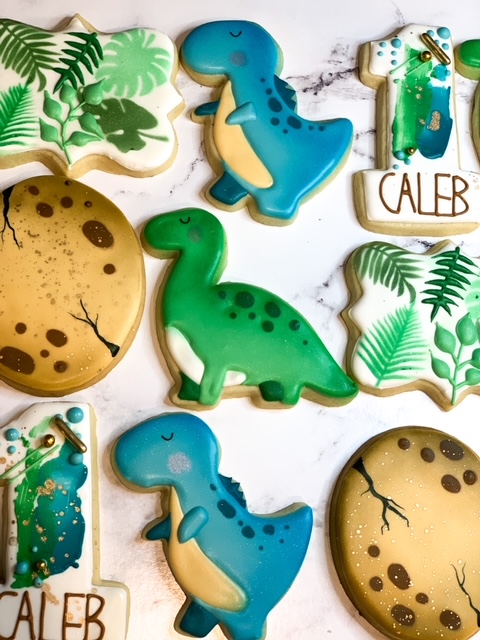 Chef Nicole De Lellis has some serious pedigree. Having got her start working at the Peninsula in Beverly Hills and Fig Restaurant in Santa Monica in the early 2000s, she decamped for Las Vegas in 2010. She continued to work on the more savory side of the kitchen at Bouchon at The Venetian and The Mansion and L’ Atelier at MGM Grand, as well as Guy Savoy at Caesars Palace.

While serving in sous chef roles, she began to develop a passion for pastry and went on to work in that medium at Le Cirque (Bellagio), Cut (The Palazzo) and as a baker at Aria. And then the pandemic hit. But for De Lellis, who found her calling baking cakes, the closures afforded her an opportunity to double down and truly win in 2020 by launching her home-based business Cravin Cakes. We caught up with the Michelin-experienced confectionary wizard to chat about her delectable treats.


You must have really taken over your house!

Pretty much. Our kitchen is all about cakes now.

And you’ve built everything through social media and word of mouth?

Exactly! When I was working, people used to ask me on the side to do cakes all the time, and I just never had time to do it between work and taking care of our daughter. Now when people ask me for cakes, I say, “OK, I absolutely have time to do it.” It all started by just doing some cakes for friends. Then I started an Instagram page, and word started to spread there and on Facebook. I’m in a lot of mom groups in Vegas, and they’re always asking for cakes. A lot of the business I get is from local moms.

And it’s all custom?

I saw you’re making your own vanilla bean paste.

I try to make my own … like the ganaches for the chocolate buttercream. Everything’s made from scratch. But with that [I really love the flavor of] fresh vanilla beans for the vanilla fillings, and I just decided to make my own vanilla paste — and it turned out really well.

Do you make other baked goods, or are you focusing solely on cakes?

My business has been mostly cakes, but I do some pies. I did pies for Thanksgiving and Christmas. For Valentine’s Day, I’m making coco bomb boxes with brownies, and I am also making cakes for two. I do cookies and cake pops and all that stuff. I don’t want to limit things to just cakes because I feel like that kind of limits the customer base I can get.

What’s the best way for people to order?

What is your typical turnaround time?

I always try and accommodate when I can, but at least three days for a cake, and a week’s notice is ideal.

A basic buttercream cake will start at $50 for a six-inch cake, and then they go up from there. Fondant prices are a bit more and start at $60.

And it is Vegas, so could you help with a wedding cake?

I can absolutely do wedding cakes.