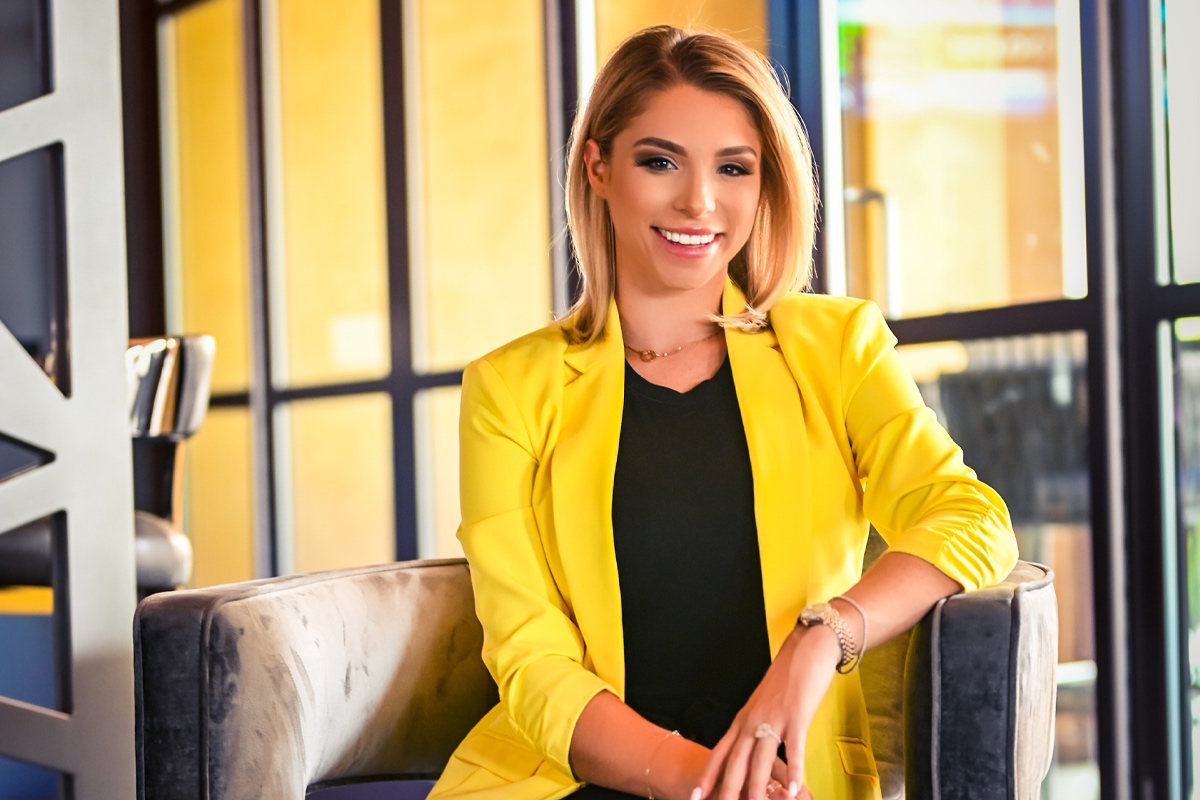 Darrian Dallas remembers her first month at Valley View Home Loans well. She was given two loans to get her feet wet—and closed them both within days of each other.

It was just the first step in becoming a mortgage loan originator with the company. The following month, she again closed a substantial amount of loans in a very short amount of time. She was also the first in the Valley View Home Loans office to do an asset depletion loan and became well-versed on stated income, non-qualified mortgages and non-conforming loans. These are products that are more challenging to navigate and ones not everyone offers.

The record is impressive. Just don’t call it beginner’s luck.

“You don’t need a degree to do this,” says Dallas. “You just need the drive, the brain and the desire to learn.”

Her determination was on full display when she interviewed with Valley View Home Loans in January. Managing Partner Steven Gogolab was skeptical of Dallas during their first meeting, as she had no experience in the industry—he dismissed her with some advice to “get a license before moving forward.” Dallas, always one step ahead in life, surprised the industry veteran by stating that she “already had one and passed all the required classes.” She even managed to pull it off while working full-time as a cocktail server at XS nightclub.

In a short period of time, Dallas has become the preferred lender for many of the top real estate teams in the city because of her ability to do what their previous preferred lenders couldn’t do.

“She’s going to have an amazing year,” says Gogolab. “What makes a great loan officer is the ability to close loans… It’s a very hard business. I’ve had hundreds of employees over the years. Some just get it and some don’t.”

The Beaufort, South Carolina, native always knew she was destined for great things. The daughter of a Marine, Dallas moved frequently from town to town across the United States, which helped the young girl develop a deeply ambitious independent spirit. She competed in gymnastics throughout much of her childhood and became a coach while still in high school as a way to make money. It paid off in more ways than one. At 16 years old, she was one of the youngest coaches in history to bring a team to nationals.

“I was always striving for more,” Dallas remembers. “When it came to awards, I always got ‘Best Dressed’ or ‘Most Likely to Become Famous.’ I was like, ‘Listen, this isn’t where I want to be, I’m going to go farther out.'”

As a teenager living in southeast Michigan, Dallas and her dad set up their own shoot with a professional photographer in Detroit when it was time for senior pictures. From that she got hooked on modeling and found work in Miami. However, at 5’1″ she was on the short side for a model, which limited her opportunities.

Dallas considered a career in nursing but was making great money on the side as a bartender. She figured she could do even better in Las Vegas after learning about Omnia, a new nightclub that was about to open at Caesars Palace in 2015. Dallas flew out a few times just to audition and pulled the trigger on moving before she even received a callback.

“I packed up my Cadillac, had my little Chihuahua in the back and we drove across the country to Vegas,” she recalls. “I didn’t really have anything. I just packed up my clothes.”

She sealed the deal on the Omnia gig, rose up through the ranks and was recognized for record sales before moving on to XS at the Wynn. Along the way, she’s continued to model and earned first place in the 2018 SpyOnVegas Hot 100 bikini contest at Wet Republic.

With the Vegas nightlife scene on hold due to the COVID-19 pandemic, Dallas is fully devoted to her new career at Valley View Home Loans. The 27-year-old aspires to earn a director position with the company and eventually become a partner. She and boyfriend Chris Trillo, a VIP host she met while both worked at Omnia, are involved in flipping houses together, with a cabin in Big Bear, California, as their next project. When XS reopens, she’ll continue to work there at least once a week — because she loves the job and the networking opportunities it affords her career as a mortgage loan officer.

“I come from a place where I am selling expensive bottles of liquor and making sure everyone has a great time. Now I take care of borrowers and help people reach their goals of qualifying for and owning their first home,” she says. “Whenever I hear people talk about buying a house, I want to educate them on it. I want them to feel comfortable about it. A couple girls at XS who I helped, their word-of-mouth alone has been such a powerful marketing tool.”

She loves the heartfelt connection she forms with borrowers and forms an in-depth and one-on-one relationship, winning business with expert marketing skills. “My motto is ‘Let me show you how I fix things. If I can do this loan for you, I can do anything,” Dallas says. “I have also saved a handful of loans and been able to pick pieces and get it done. Knowing the matrix and programs so well helps me dig a little deeper and work a little harder to reach funding.”

Meanwhile, Darrian Dallas believes her risky decision to move to Las Vegas was the best gamble she’s ever made.

“Vegas has given me the world,” she says. “I met the love of my life. I’ve been able to travel, I went to the Philippines, I’ve been to Europe a couple of times. I’m able to live that lifestyle I always dreamt of.”