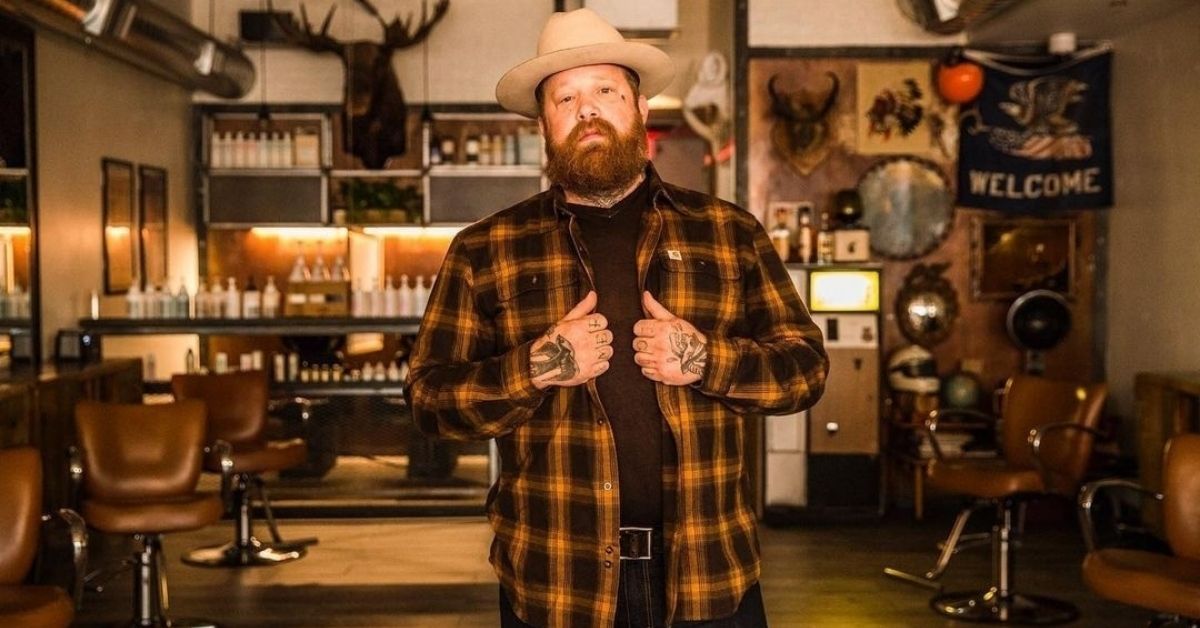 When Larry Reha opened his hair salon Makeshift Union in the Las Vegas Arts District five years ago, his business partner thought he was nuts. “No walls, no floors, upstairs seemed like a flop house. Nothing was open on the block,” he says. “Turns out we gambled and won.”

Makeshift Union is now one of DTLV’s most successful businesses in what’s become a bustling corridor. In February, Larry and his partners opened rehearsal space and music shop Sonic Rodeo just a few blocks away.

“We are now on two of the most popular blocks in the area,” Larry, who also fronts honky-tonk outfit The Rhyolite Sound, says.

Earlier this month, Larry celebrated his 39th birthday, Makeshift Union’s five-year anniversary and Sonic Rodeo’s grand opening on the same day in what was dubbed Larrypalooza.

“I didn’t make up the name Larrypalooza,” he clarifies. “My ego may be large but it’s not that bad!”

If anyone’s earned the right to brag, it’s Larry.

Originally from Michigan, he came to Vegas in 2002 at 20. Before that, his life wasn’t on the best path. “I had originally intended to be a famous musician, not knowing that you couldn’t ’just do that,’” he says.

He was, however, great with a pair of scissors, having cut his own hair since he was 12. In Vegas, he jumped right into the luxury salon world, working his way up to becoming an independent stylist and, eventually, opening his own shop.

“These 5 years have flown by but we’re having a lot of fun and I’m learning a lot,” he says.

Though he’s accomplished a ton, don’t expect Larry to kick his boots up just yet.

“I haven’t always been successful but I like trying almost anything. I tend to get bored very easily. I rarely relax or take it easy,” he says. “I don’t know how else to be … Having a wife that understands my brain and supports my ambitions really helps.”