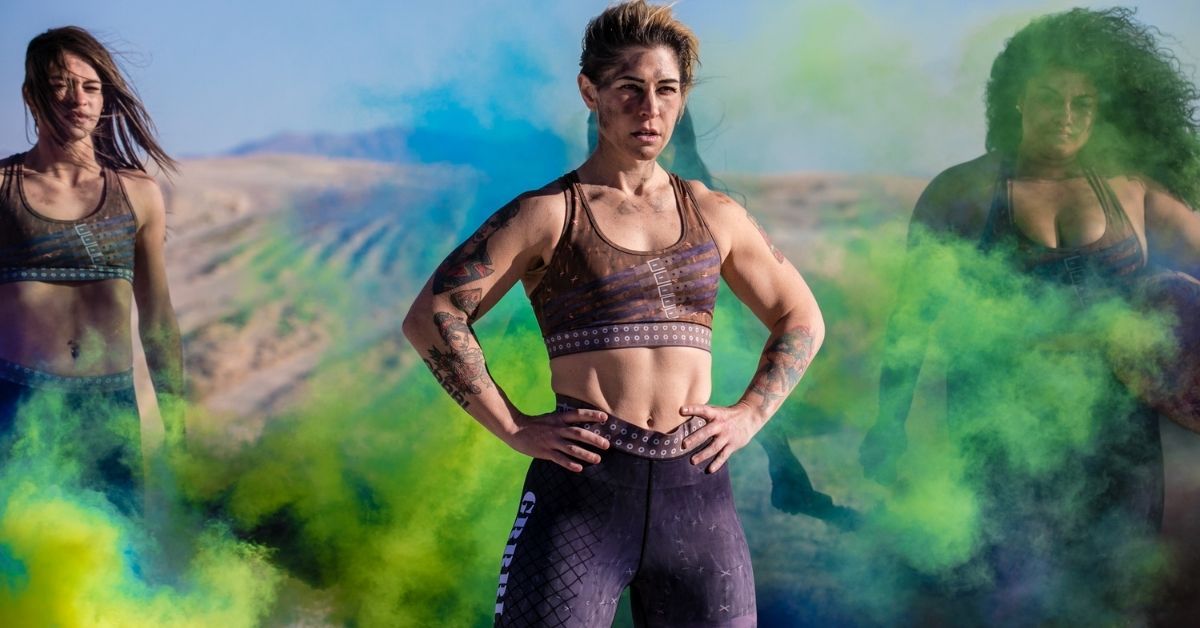 Kortney Olson has lived all over the world — California, Australia, Southeast Asia — but she says the last two years in Vegas “has felt the most like home.”

The founder and CEO of popular athleisure and women empowerment lifestyle brand GRRRL clothing, she relocated her headquarters from Singapore to Downtown Las Vegas to follow the footsteps of the late Tony Hsieh. “How he grew and ran Zappos to then put so much into the Downtown area, really inspired me,” Kortney says.

With the recent opening of her flagship brick-and-mortar store for GRRRL Clothing, Kortney’s making her stay official. Located at 1118 S. Main Street in the Las Vegas Arts District, the store functions both as a retail and free community space for underrepresented women.

“We’re aiming to be a place where not-for-profits and people giving back can have an amazing space to use for really building up and strengthening women in the community,” she says.

GRRRL Clothing was born out of a wellness retreat for teens called Kamp Konfidence where Kortney would teach them about self-love, leadership and sisterhood. A sex abuse survivor who struggled with addiction, depression and an eating disorder, Kortney wanted to share her experiences to help them from making the same mistakes she did. The vision and mission for Kamp Konfidence eventually evolved into GRRRL Clothing in 2015.

GRRRL is much more than just apparel. Each item has a hang tag with “The Pledge.”

“It’s a pledge to do our best to not talk negatively about ourselves as well as other women,” Kortney says. “We believe that women are held back as a gender because we are bred to see each other as competition. So when you see another woman in the street wearing GRRRL Clothing, you know straight away that she is your sister, and not your competition. We help women accept their bodies so they can start focusing and taking action on stuff that truly matters like being actively anti-racist and climate change. Focusing on things like cellulite and wrinkles is an absolute waste of our brain power.”

Ever resilient, Kortney is the physical manifestation of strength and power, in both body and spirit. A bodybuilder, she’s known for her incredible strength — and the ability to crush watermelons with her thighs. In a private event celebrating her store’s grand opening on June 4, Kortney set a new Guinness World Record by crushing three watermelons in a row in 7.63 seconds, smashing the previous record of 14.65 seconds set by Ukranian strongwoman Olga Liashchuk in 2016.

“Personally, I’d love to see groups of young girls come in [to GRRRL Clothing] so I can teach them how to crush watermelons between their legs so we can change their mindsets from the weaker sex to one of not to be crossed!”