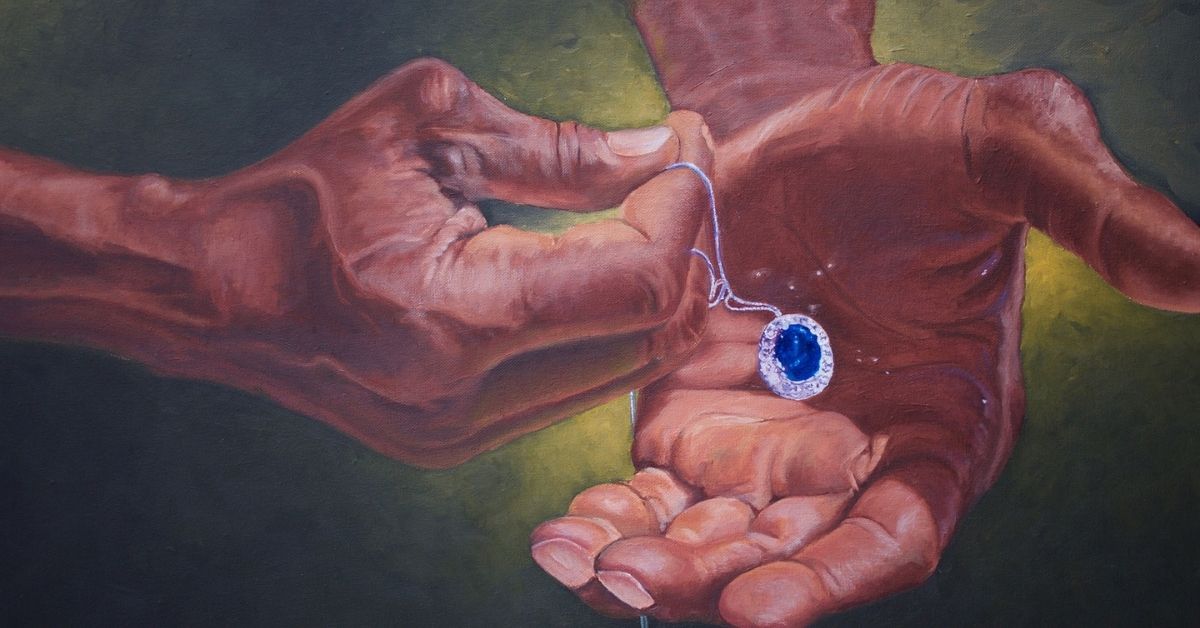 Q’Shaundra James wants to change the way the Black community is seen in art. “Black portraitures are commonly associated with abjection, struggle and otherness. I don’t want my art or my sitters to be marginalized,” the Las Vegas native and UNLV alum says.

A featured artist in the City of Las Vegas’ African American Heritage exhibit at City Hall and the current resident artist at Fashion Show Mall  where she’s painting live all month, James’ work dispels stereotypes. She doesn’t exploit her subjects but exalts them in beautiful, striking portraits. Stripping them of any preconceived notions, James creates space for her subjects to be seen as individuals.

Some of her work also centers the conversation on the artist, like her portrait series “No Offense, But …,” which examines the weight and labor placed on Black artists.

“Black artists are exploited in order to meet diversity quotas and to confirm Black lives align with mainstream narratives,” James says. “Instead of educating themselves and deepening their understanding about Black lives, many people are led to use harmful stereotypes in order to fill the gaps within their knowledge. Hence, the title of this series: ‘No Offense, But ….’ is a common phrase that’s followed by a microaggression.”

Even in moments of tragedy, James uses her art to uplift. Her “Black Saints” series honors Trayvon Martin, Breonna Taylor and Ahmaud Arbery—all victims of police brutality—by depicting them as angels in the classical art tradition, as if it were a fresco in a Roman church.

“I never thought Trayvon’s mother would see it,” James says. “My aim is to honor my community, which is why I portrayed martyrs of police brutality as saints. I was happy to know my goal was achieved.”