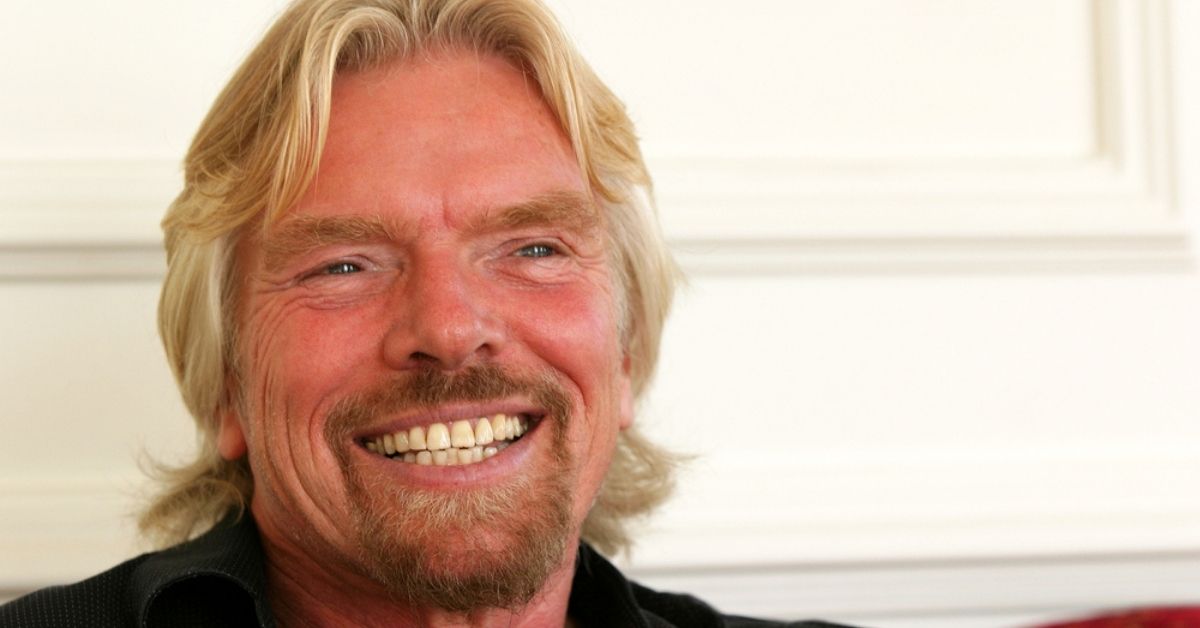 On Sunday July 11, Virgin Galactic successfully launched its founder Richard Branson into suborbital space. This mission marked the first manned flight of its VSS Unity space plane. When Branson was in town for the opening of Virgin Hotels Las Vegas in June,  he shared insights into the mission with Off The Strip and also how Las Vegas plays a big role in his future ground-breaking initiatives.

On why he had to go galactic …

I’ve dreamt of going to space since I saw the moon landing as a teenager. I’ve worked hard on going to space in the 17 years since we started Virgin Galactic. We don’t see it as a race. Nobody. [We are] pioneering a way thousands of who will want to have the chance to go to space in safe vehicles.

On his space race with Jeff Bezos, of which he was the victor

I know Jeff and neither of us see it as a race. We see it as creating something extraordinary that both of us can share. Both of our approaches are very different in space design and the kind of experiences and so on. I’m really looking forward to enabling thousands of people [who are] reading this article [and] their children to one day become astronauts and go to space.

On his thoughts about the new Virgin Hotels Las Vegas

I think being the person that makes someone smile today is a motto that all of us should attempt to be and obviously, I’m in an easier position to be able to do that than some. But, if you can be in the position to be the person to make someone smile today, you should throw yourself into it. It’s so lovely. Most of my life is spent on our foundation. And trying to tackle quite some big problems in the world and I get enormous satisfaction from that. My kids get enormous satisfaction from that. All of our money will go into that. But, obviously, we need ventures Virgin Hotels Las Vegas to make the money that can enable us to look at things like climate change or drug reform or corruption—all the issues that exist out there that we’re trying to work on. We’re working hard on trying to tackle [them].

On why he loves Las Vegas

My background is rock ‘n’ roll. I’ve had the largest independent record company in the world for many years with people like the Rolling Stones, Janet Jackson, Spice Girls and Sex Pistols, and all sorts of bands. We know music inside out and I think the musicians have a respect for Virgin because of that. So, if I pick up the phone for a musician, and they want to come to Vegas, I think we can swing them to come here rather than somewhere else. I think if we can keep our team really proud of the company they’re working for and that’s giving them the tools to do a good job, everything else flows from there. And we just have to look after our people.

On his Las Vegas legacy

When my kids were teenagers, I actually brought them to the Hard Rock Hotel. I gave them $500 each and said you’re all going to lose this $500 and I just want one thing to be clear, never gamble. We go to the table and quickly lose our $1,500, then I go to the bar with my kids and give them a fatherly lecture: ‘if you have anything to do with a casino, make sure you own it.’ We finished the drinks in about two hours. And as we’re about to get out of the casino, all the people at the table [where we had] been gambling stand up and start clapping. And I look at the table and there is this sort of pyramid of chips. And it turned out that one of us had left one chip on the table and [it had been] doubling and doubling and doubling. And I went to the table, and I said to the kids you’re not getting any of this.

On the Virgin Hyperloop Test Site in Las Vegas, and other projects

Virgin Hyperloop, which has been developed in Las Vegas, is another very exciting company. Virgin Hyperloop did the first run of people on a high speed Hyperloop train in Las Vegas. That train, that pod, is now going into the Smithsonian. Virgin Orbit took off from the Mojave Desert, and that’s a 747. [We sent] a giant rocket attached to the side of it into orbit dropping off 11 satellites.

We’re just launching a cruise business. We got delayed 18 months. We’re about to have a lot of expertise on cruise ships, which has the same amount of hotel rooms as Virgin Hotels Las Vegas with a lot of different restaurants. We’ll be sharing knowledge. We’ve got a wonderful new frequent flyer program we’re about to launch, which is called Virgin Red. You know, somebody stay[ing] in a Virgin Hotel can go on a Virgin Atlantic plane. And if they go on a Virgin plane, they could end up on our cruise. Ultimately, they could end up on a trip to space. We suddenly realized we have all these customer orientated companies, let’s tie them all together. And the nice thing about Virgin companies is that there is a theme running through them.

A post shared by Off [& On] The Strip (@offthestrip)

On working for Virgin companies

And the most important thing is that staff enjoy working for the companies. And when we opened our Chicago hotel, you know, one of the first things our people personally did was to introduce a website for the staff where they could all talk to each other throughout the day. If there was a birthday, all the other staff members knew it was a birthday. If someone came in a wheelchair in such a room, they all knew, they all chatted together. It’s lots and lots of little things like that, that make for an exceptional hotel over just another hotel.