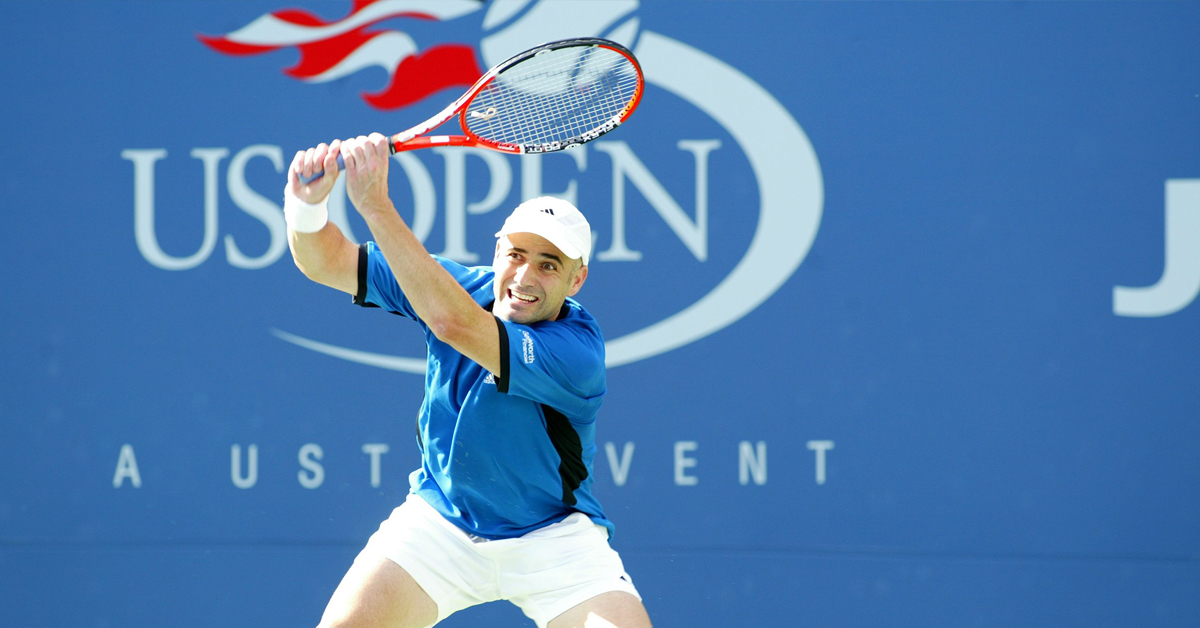 Sports fandom continues to grow in Nevada as more and more major-league franchises call Las Vegas home. Most media attention focuses on the current influx, but the Las Vegas area has produced a multitude of successful athletes in a plethora of sports across the last several decades. This piece will look at 10 of the greatest athletes born in Sin City. One disclaimer to note is that only people born in Las Vegas are eligible for the list. A decorated Olympian like Julia Mancuso (born in Reno, Nevada) or Hall-of-Fame pitcher Greg Maddux (born in Texas, raised in Las Vegas) will not qualify. Without further ado, let us dive in.

It is hard to start this list with anybody other than Agassi, as his career accolades run longer than a receipt from CVS. He won 60 singles tournaments throughout his career, including eight Grand Slam titles. He spent 101 weeks at No. 1 in the Association of Tennis Professionals’ (ATP) ranking and took home over $31 million in prize money. To top it off, he also captured a gold medal at the 1996 Olympics. Agassi retired in 2006 as one of the greatest American tennis players of all time.

Despite his on-court exploits, we cannot overstate his impact on the Las Vegas community. The Andre Agassi Foundation for Education has raised over $180 million since its inception in 1994. The organization seeks to give educational opportunities to underprivileged children in the Las Vegas area and nationwide. He is one of the most recognizable athletes of the 1990s and is more than deserving of the top spot.

At one point, Harper looked like he was on track to be one of the greatest MLB players of all time. While he has not reached those lofty expectations, the outfielder remains one of baseball’s brightest stars. He was the first-overall pick by the Washington Nationals in the 2010 MLB Draft and won the National League (NL) Rookie of the Year Award in 2012 as a 19-year-old.

In 2015, he put together one of the greatest offensive seasons of all time, becoming the youngest player ever to win the NL Most Valuable Player Award. He is a six-time All-Star and has hit over 34 home runs in three of the last five seasons. The Las Vegas high-school graduate signed a 13-year, $330-million contract with the Philadelphia Phillies in 2019. The main accolade eluding him now is a World Series.

Bryant’s career parallels Harper’s in a lot of ways. Bryant also played high-school baseball in Las Vegas and garnered a ton of fanfare as a prospect. He was the second-overall pick by the Chicago Cubs in the 2013 MLB Draft and took home the NL Rookie of the Year Award in 2015 by smacking 26 homers and 99 RBI in his first big-league season. Likewise, he won the NL Most Valuable Player Award in 2016.

The fundamental difference is that Bryant led the Cubs to a World Series title in 2016, snapping the team’s 108-year championship drought. Recent years have been tougher on Bryant, most notably the 2020 season, as injuries have taken their toll. Call it recency bias, but Bryant’s unflattering .206 batting average this season locks him into the number three spot on the list.

Our first foray into the NFL on this list comes from Jackson, who quietly became one of the best running backs in football for the better part of a decade. He was a star at Eldorado high school in Las Vegas, a star at Oregon State University, and a star once he reached the NFL. He rushed for over 1000 yards in eight consecutive seasons between 2005 and 2012, becoming the sixth player in NFL history to accomplish the feat.

Jackson holds the record for most rushing yards in St. Louis/Los Angeles Rams’ franchise history (10,138), ranks 18th all-time in rushing yards (11,438), and made three Pro Bowl teams. His 2006 season was undeniably his finest effort, as he tallied 2334 yards from scrimmage, which is the seventh-most in a single NFL season. His teams rarely enjoyed regular-season success, as he only made the playoffs in the first and final years of his career. Alas, Jackson was one of the best at his position for an extended period, and that longevity earns him the fourth spot.

While Jackson enjoyed a lengthy career with remarkable consistency, Murray’s tenure was brief but electric. He was another high-school star in Las Vegas, before choosing to go to the University of Oklahoma for football. Murray was a third-round pick by the Dallas Cowboys in the 2011 NFL Draft and showed promise as a rookie. He ran for 253 yards in a Week 7 win, breaking the franchise record for most rushing yards in a game. Injuries plagued his 2012 season, while he made his first Pro Bowl appearance in 2013, but nothing would top his 2014 campaign.

Murray led the NFL with 1845 rushing yards, 13 rushing touchdowns, and 2261 yards from scrimmage in 2014. He set the single-season Cowboys’ franchise record for most rushing yards in a campaign. Murray won the 2014 Offensive Player of the Year Award and was named a First-Team All-Pro. He never replicated the phenomenal year during his following stints with Philadelphia and Tennessee, but it was one that NFL fans will not soon forget. Murray retired after the 2017 season.

In the world of NASCAR, few drivers are more polarizing than Busch. The 35-year-old is beloved, or loathed, by many a fan. Alas, no matter how you feel about him, it is hard to deny his place among the greatest drivers in racing history. He is the all-time wins leader in the Xfinity Series circuit, a two-time NASCAR Cup Series champion, and ranks second all-time in wins during the Playoffs Era.

He has won a race in all 15 of his full-time NASCAR seasons and is always a threat to be celebrating in Victory Lane. In 2019, Busch passed the legendary Richard Petty (who won all his races in the Cup Series) for the most combined wins across the top-three touring series. Busch, appropriately nicknamed “Rowdy,” shows no signs of slowing down soon, as he sits ninth in the 2020 Cup Series standings.

As the daughter of former NFL All-Pro Randall Cunningham, it is no surprise that Vashti followed in her father’s athletic footsteps. The 22-year-old high-jump star has enjoyed a decorated track-and-field career for the United States. In 2015, she set the national high-school record for high jump while attending Bishop Gorman High School in Las Vegas. Later that year, she won gold at the Pan American Junior Championships with a jump that tied for the youth record.

No fighter in the Ultimate Fighting Championship’s (UFC) history can rival the durability of Mir. After a decorated wrestling career at Bonanza High School, which saw him capture a state championship in 1998, he joined the UFC. From that point on, Mir would enjoy the longest uninterrupted tenure in UFC history, as he fought from 2001 until 2016 for the company. He won two heavyweight titles during that span and set an abundance of heavyweight records.

While many players bounce between teams once they finally reach the big leagues, Zito bounced around while he was in college. He played for three different California universities before finally reaching the MLB with the Oakland Athletics in 2000. Despite the sporadic nature of his collegiate career, he was an absolute star in Oakland. During his eight-season tenure with the team, he posted a 102-63 record to go along with a 3.58 ERA.

No season was greater than his 2003 campaign, as he went 23-5 with a 2.75 ERA, taking home the only Cy Young Award of his career. In 2006, he signed a seven-year contract with the San Francisco Giants, contributing to two World Series titles in 2010 and 2012. The three-time All-Star spent 15 seasons in the MLB, recording a 165-143 record while earning $137 million in salary. Interestingly enough, he has taken up a career in music since retirement in 2015, but there have been no trophies yet in that field.

The last spot on the list goes to our first NBA player, the ever-lively personality of Davis. He is perhaps most famously known for intentionally shooting on his own net to try and give himself a triple-double, but he was a serviceable player in his own right. Davis was the 21st-overall pick by the Charlotte Hornets in the 1998 NBA Draft, only lasting two years with the franchise. His best statistical season would come in 2002-03 with the Cleveland Cavaliers, as he averaged 20.6 points per game on 40.6 percent shooting.

Davis played for six NBA teams across his 12-season career and averaged over 13.8 points per game in five campaigns. He never won an individual award, and his team never won a playoff round, but he was a fan favorite in a lot of places because of his boastful on-court demeanor and high-flying dunks.