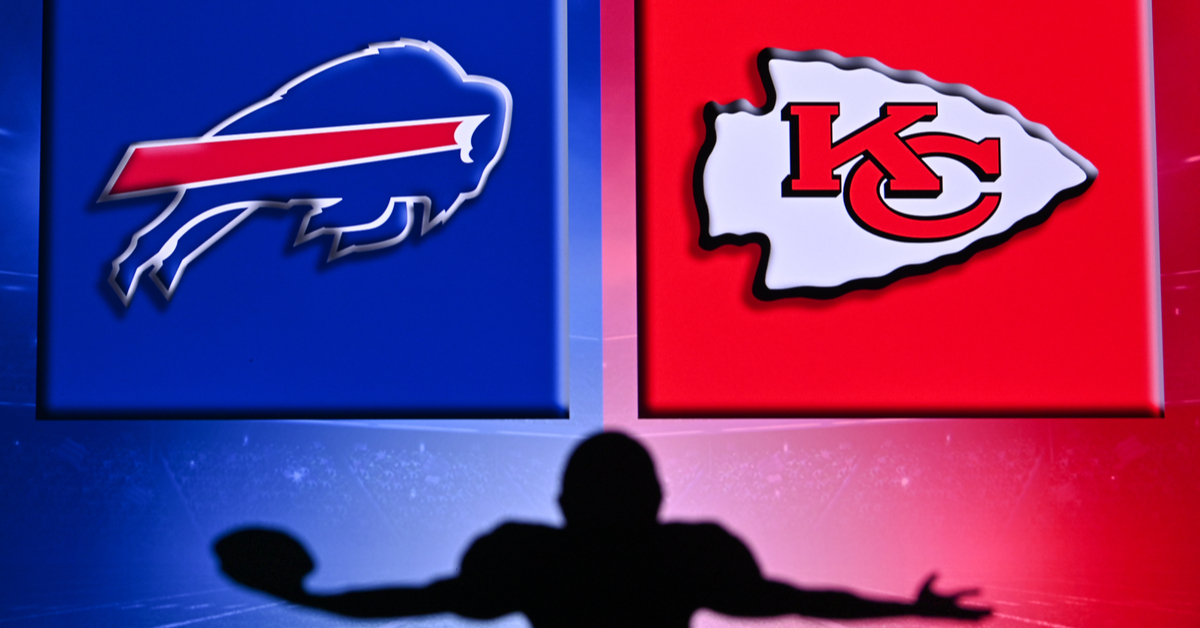 An unprecedented 2021 NFL season is drawing to a close, with just four teams left to battle it out for ultimate supremacy.

In the AFC, the Buffalo Bills (15-3) take on the Kansas City Chiefs (15-2) at Arrowhead Stadium in a matchup between two of the NFL’s most entertaining teams.

All eyes were on Chiefs’ quarterback Patrick Mahomes throughout the week, as the star signal-caller’s health was in question after leaving their Divisional Round win. Thankfully, Mahomes passed the league’s concussion protocol and will play in the AFC Championship.

The reigning Super Bowl MVP led the Chiefs to the top-ranked offense in the NFL during the regular season. Mahomes has a claim to being the most impactful player in the NFL, but the guy on the other side of the field is also having a phenomenal year.

Bills quarterback Josh Allen has his team riding an eight-game win streak. The 24-year-old threw for 37 touchdowns and 4544 yards in the regular season, while also scampering for 421 rushing yards and eight touchdowns.

We have two of the best offenses in football going head-to-head in this one, so what can we expect from a betting perspective? In this piece, I’ll be going over my best bets for the contest and providing reasoning for all the picks.

All odds in this piece are provided by William Hill and are subject to change up to kickoff. As always, please play responsibly.

Look, this one pains me. I love the Bills ascension, Allen’s MVP-level season, and Bills Mafia’s hated rivalry with folding tables.

But I also love money, and I am not fading the Chiefs at Arrowhead.

The Chiefs are 1-9 against-the-spread in their last 10 games, but seven of those games carried a spread of seven points or more. All that tells me is they have played below their capabilities, yet they still made it to the AFC Championship.

There may be reinforcements coming too, as wide receiver Sammy Watkins and running back Clyde Edwards-Helaire are questionable to play. Edwards-Helaire would be a massive boost to the Chiefs offense, as the Bills allowed 123.7 rushing yards per game during the regular season.

On the flip side, the Bills do not have a running game. Allen is one of the most mobile QBs in the league, but Devin Singletary is not intimidating anybody in the backfield. In their first matchup this season, the Chiefs possessed the ball for 37:45, keeping a dynamic Bills passing attack on the sideline.

I do not think this game is going to be lopsided for either team. It will be a hard-fought battle between two teams who are clearly the class of the AFC.

I am just backing the squad that has already been here before. The Chiefs are the defending Super Bowl champions for a reason and already humbled the Bills once this year. They can win this game in several ways, and this is a small number to cover.

The Bills defense has struggled against opposing tight ends for most of the year. They gave up the sixth-most fantasy points to the position in the regular season.

During their Wild Card Weekend win, they surrendered 14 receptions, 136 yards, and a touchdown to the Colts TEs. They performed better last week, but a lot of that had to do with the Ravens terrible offense.

Now, they have to face arguably the best TE in football. Kelce caught two touchdowns during the Week 5 win over the Bills, and he will feast again on Sunday.

He has seen double-digit targets in eight of the last nine weeks and has scored a touchdown in five straight games. We are eating a bit of juice here, but he is the best bet in the game to get in the end zone.

For the more adventurous bettors, you could also jump on Kelce to score the first touchdown of the game at +650.

For my last prop, I like Diggs to continue his dominant stretch of play.

Diggs has caught at least eight passes in seven of his last eight games, which includes four performances with at least 10 catches.

Considering their well-documented struggles on the ground, the Bills are going to have to throw the ball all over the field to keep up with the Chiefs. This bet also ties into my Chiefs -3 selection, as the second-half game script will force Diggs to be heavily involved.

I think Diggs sees at least 11 targets in Sunday’s game, which should allow him to get us over this total.