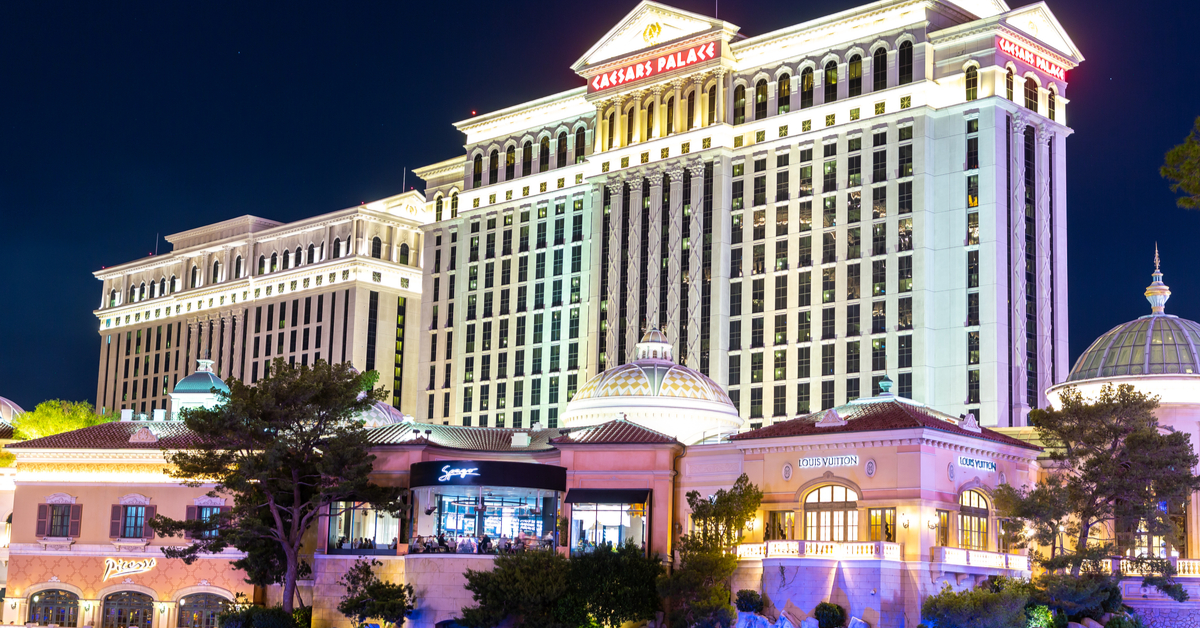 On Monday afternoon, the entertainment-industry titan announced that it has made a strategic investment in the DFS platform SuperDraft.

Caesars explained that this investment will complement its existing sports betting and mobile gaming networks. It also further strengthens Caesars’ pipeline to customer acquisition and retention for its online services and brick-and-mortar locations.

Caesars holds an initial minority equity stake, but it can increase at pre-determined levels over time up to 100%.

Tom Reeg, CEO of Caesars Entertainment, noted that “the addition of fantasy sports fits seamlessly with our strategic vision.” He also said that SuperDraft’s “multiplier game mode is unique in the marketplace,” giving Caesars a distinctive opportunity to reinforce its position over other competitors.

So, what exactly is this platform that Caesars is investing in? Let’s take a look at this up-and-comer in the DFS world.

What are Daily Fantasy Sports?

DFS is a subset of traditional fantasy sports.

At their core, DFS platforms attempt to remedy the issues attributed with season-long fantasy formats.

Season-long fantasy leagues take forever to complete as the schedule mimics the length of their real-world counterparts. They can frustrate, as your top draft pick could get hurt during the first game, effectively ruining your entire season.

If your team sucks, there is little you can do to change it. One must wallow through a full season of inadequacy, so it is only reasonable that people might lose interest in the league altogether.

With DFS, fantasy leagues take place daily. Users draft from the pool of players who are competing in the games that night trying to fit the best team they can under a salary cap. As expected, the star players are the most expensive, so you can’t have all the best players on the same team.

The two biggest players in the DFS market are DraftKings and FanDuel, who combined for more than $1 billion in revenue in 2020.

It is easy to see the appeal from a sports fan’s perspective, but what makes SuperDraft special?

SuperDraft has elements of the pre-existing DFS games but added its own unique twists.

In terms of similarities, SuperDraft offers daily fantasy contests in a multitude of sports, including the NFL, NHL, MLB and NBA. SuperDraft generates its revenue through entry fees that users pay in order to play in contests. Users can try to win massive tournaments with thousands of other competitors or play head-to-head against another person.

SuperDraft differs from the other sites with its lineup construction. It forgoes the typical salary-cap structure and gives each athlete on the daily slates a point-multiplier.

Some players may even have multipliers as high as 2x their actual points, adding some interesting strategical decisions into the mix.

Next Steps for the Partnership

Above all else, SuperDraft will join Caesars’ decorated group of online brands. World Series of Poker, Caesars Online Casino and William Hill (once the acquisition is complete) will be with SuperDraft at the forefront of Caesars’ online and mobile gaming channels.

SuperDraft will become a piece of Caesars’ single wallet solution, giving members more opportunities to play all the brands online and in-person with ease. Caesars also expects SuperDraft to be a part of its industry-leading Caesars Rewards program.

To celebrate the new partnership, SuperDraft is launching its first tournament with more than $1 million in prizes on Feb. 7. Until then, players can compete in smaller contests for a chance at winning a ticket for the big event.

“Caesars is a strong strategic partner that will allow us to further enhance our industry-leading tech stack and provide an enhanced player-first experience,” said Nate Hunter, SuperDraft CTO and co-founder.

“Now [we] can adapt to the market faster than the institutional daily fantasy providers while providing our players with unmatched prizes, loyalty rewards and exclusive VIP opportunities.”

It will be interesting to see what else this new agreement will bring to SuperDraft in 2021.