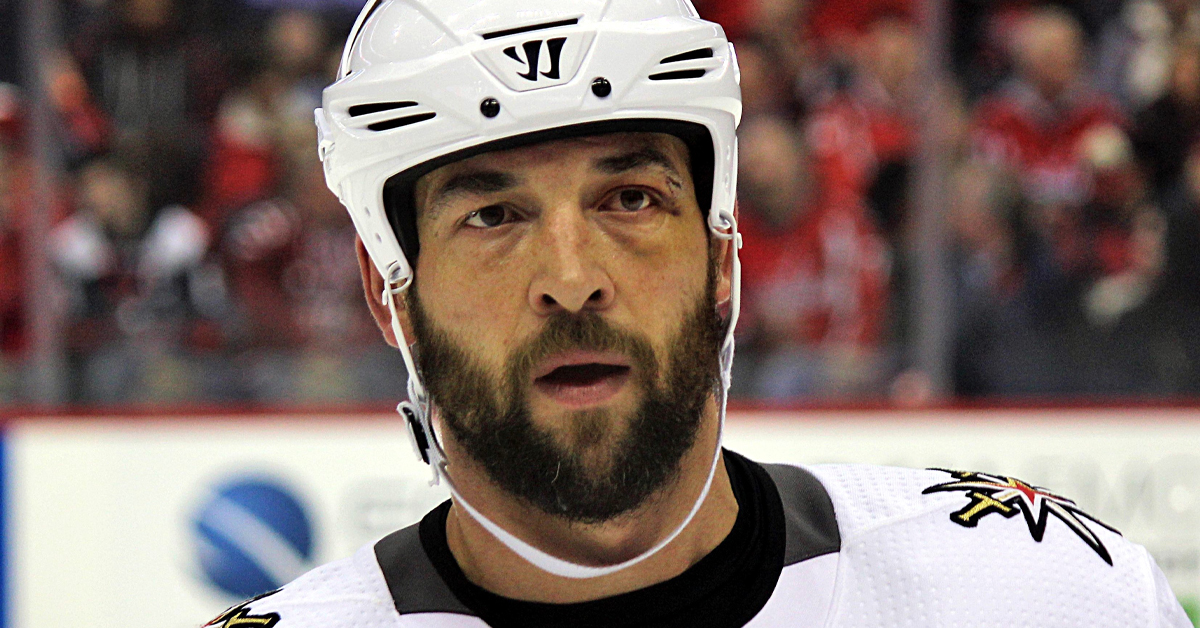 Veteran NHL defenseman Deryk Engelland is calling it a career.

The 38-year-old Nevada resident announced his retirement on Tuesday. He played in 671 NHL games across 11 seasons with the Pittsburgh Penguins, Calgary Flames, and Vegas Golden Knights.

Engelland actually started his professional career with the Las Vegas Wranglers of the ECHL. Over a decade later, he was reunited with the city he loves when he joined the Golden Knights’ organization. As one of the original Golden Knights, he served as a key leader for the team during their unprecedented run to the Stanley Cup Finals.

One of his more memorable moments came during the team’s inaugural regular-season home game in 2017. The city was grieving following the tragic mass shooting that killed 58 people. Prior to puck drop, Engelland came out to center ice and gave an emotionally charged speech to the crowd.

Engelland even scored in the first period of the game, a rare feat considering he only had 30 goals in his career. Alas, when his adopted city needed a dose of positivity, he was there to provide it.

He also started his own charity called Engelland’s Heroes, which recognizes and champions the good deeds and hard work of everyday Nevadans.

Thankfully, Engelland will be around to offer more support, as he is joining the Vegas Golden Knights Foundation as a special assistant to team owner Bill Foley. The foundation serves as the charitable link between the hockey team and the greater Las Vegas community.

When asked about the decision, Foley raved about Engelland’s character. “He epitomizes what it means to be a Golden Knight,” the 76-year-old said. “A no-ego, selfless, hardworking player who has an unwavering commitment to protecting those who are unable to protect themselves.”

“He has made an indelible mark on our city and we are excited for this next chapter, as he stays with the Golden Knights family and continues the outstanding work he has done in our community”.

His impact always extended beyond ice. He made a difference, whether as a leader in the locker room, or a leader in the community. Engelland formed a special connection with Golden Knights’ fans, and it looks like he will continue that impact for years to come.

So, congratulations on a brilliant career Deryk. The Las Vegas community is ecstatic that you are sticking around.