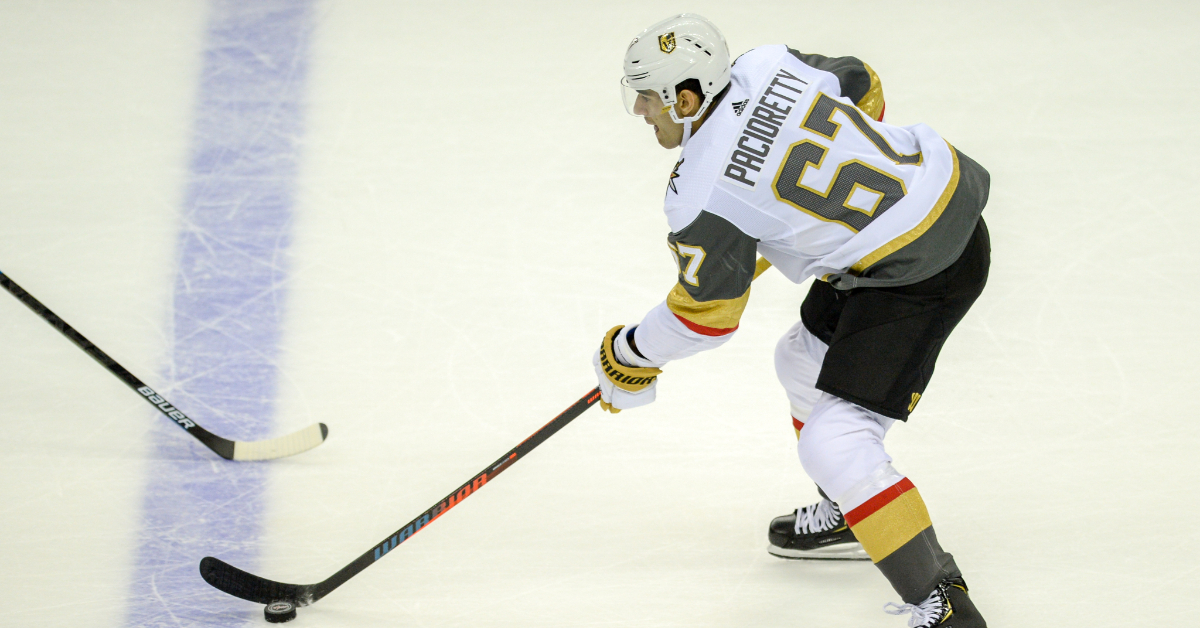 Three games and three wins for the Vegas Golden Knights in 2021.

There have been a few storylines to tackle through the team’s first few appearances, but none stand out more than the team’s top line.

The trio of Max Pacioretty, Chandler Stephenson and Mark Stone have had a downright dominant start to the season.

Let’s look at some statistics that truly make them stand out.

Above all else, you cannot win without scoring in the NHL, and this line has contributed at least one goal in every game played so far.

Perhaps even more remarkably, is that each member of the top line has scored a game-winning goal already this season.

The trio has combined for 12 total points, with Stone leading the way with a goal and four assists.

It was safe to assume that Stone and Pacioretty would be the offensive leaders, as the pair were the team’s top two scorers in 2019-20. However, the early returns are better than expected, after an offseason of trade speculation surrounding Pacioretty and hesitance surrounding Stephenson as a top-line center.

A deeper dive into the analytics also backs up the line’s hot start.

Essentially, this means that they are deserving of their offensive production. They are creating scoring chances better than any line in hockey and converting on their opportunities.

While their scoring exploits are well documented, perhaps their greatest value lies at the other end of the ice.

Fenwick is a statistic that tracks unblocked shot differential at even strength. It is a good indicator for determining whether a player, line, or team is effective at driving play at the other end of the ice.

Part of this can be attributed to the singular defensive value of Stone. He is one of the best two-way forwards in hockey and unquestionably buoys the numbers of the line with his tenacious play.

However, one player does not make an entire line. In fact, Pacioretty actually has stronger five-on-five defensive numbers than Stone to start the season. To put it simply, the entire trio is clicking, which bodes incredibly well for the Golden Knights moving forward.

“But Ray,” I hear readers cry. “We are only three games into the season. The sample size is smaller than my bank account after a night out on the strip.”

This is a fair point. It is too early in to the season to make brash conclusions about certain statistics. Alas, this line also played together for 225.63 even-strength minutes last year. Lo-and-behold, they had the best FF%, the best xGF%, the best SF%, and the second-best GF/60 among lines with at 200 minutes together.

So while the 2021 sample size is small, there is serious claim to this being one of the best lines in the NHL. Expect them to continue their elite play for the rest of the season.