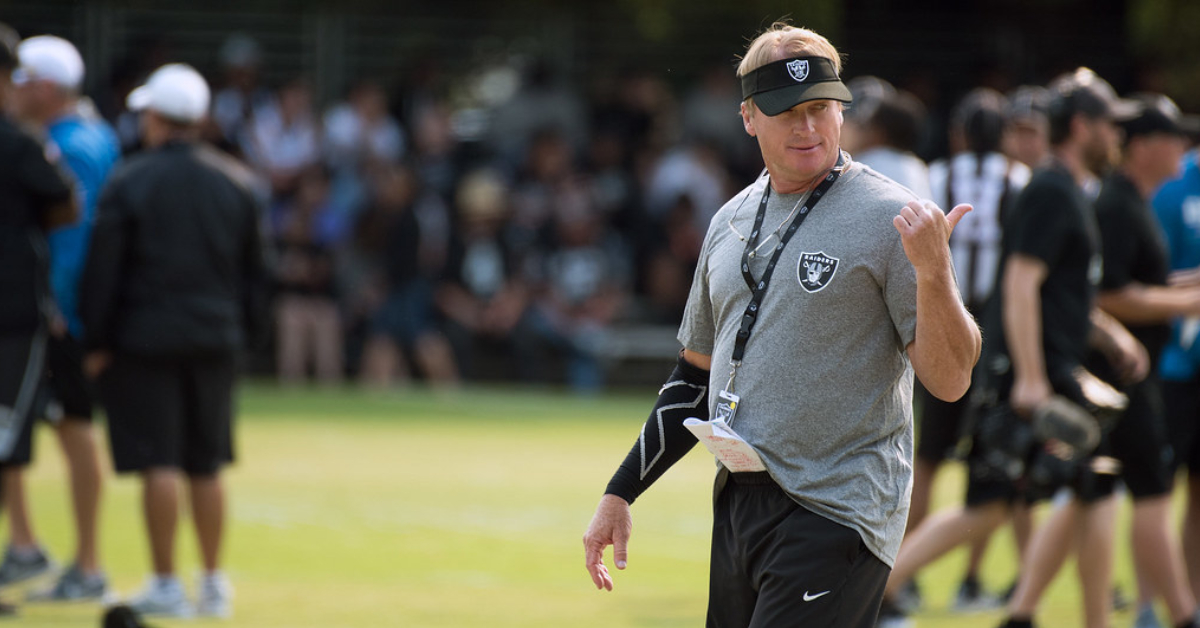 Las Vegas Raiders in the Midst of a Confusing Offseason

The Las Vegas Raiders offseason has been tough to decipher.

They were a team that was a competent defense away from making a playoff push in the AFC. With a few tweaks, plus a key acquisition or two, there was a reason for optimism in Nevada.

Unfortunately, the Raiders’ offseason blueprint has been more confusing than finding your way out of a Las Vegas casino.

Let’s look a little closer at some of their decisions.

Things have not been completely terrible for the Raiders.

The offseason started off by signing defensive end Yannick Ngakoue to a two-year deal. That is good! He is an excellent pass rusher who adds instant legitimacy to one of the worst defensive lines in football.

The Raiders needed to add an impact player on the edge, so mission accomplished.

They also signed veteran wide receiver John Brown to a one-year deal worth $5.5 million. Not only is that a bargain of a price, but it gives them a credible deep-threat replacement after Nelson Agholor signed with the New England Patriots.

Both moves addressed obvious needs. As did re-signing promising left tackle Kolton Miller. If those signings were the extent of their offseason activity, there would be little to complain about.

The signing of running back Kenyan Drake was not as well-received as the others. The Raiders gave him a two-year, $11 million contract that is fully guaranteed. His fit in the offense alongside Josh Jacobs left many pundits scratching their heads.

Alas, while Jon Gruden and Mike Mayock were trying to improve their roster, they were also completely dismantling another part of it.

An Overhaul on the Offensive Line

To say the Raiders have had adjustments on their offensive line would be a massive understatement. The unit has seen more changes than Kim Kardashian’s plastic surgeon.

They traded away Rodney Hudson, Trent Brown and Gabe Jackson for a third-round pick and two fifth-round selections. All three were starters in 2020. They also cut Richie Incognito, another starter, only to re-sign him a few weeks later.

The team needed to clear cap space, and those moves saved them a lot of money. Regardless, it seems overly ambitious to revamp one of the most important parts of your roster in one offseason.

Benjamin Solak of The Draft Network recently did a piece about the Raiders’ perplexing decisions. Here are some tidbits from his article:

“It’s not that any particular move was bad. A starting offensive line of Miller, Incognito, Nick Martin, Denzelle Good/John Simpson and a draft pick can get the job done.”

“[But] good offensive line play is about continuity, and good Derek Carr play is all about pass protection—both of those are now in jeopardy.”

He hits the proverbial nail on the head here.

The moves make sense as a cost-cutting measure, and they are not outright bad. But now you have ruined the continuity of your offensive line mere months after Carr had his best season in the NFL.

If the unit struggles in 2021, it is going to look terrible on Gruden and the rest of the Raiders’ management regime.

There is still looming trade speculation around quarterback Marcus Mariota, but it seems more likely that the Raiders will just release him.

Aside from that, a lot of the attention now turns to the 2021 NFL Draft on April 29.

Perhaps we can get more clarity on the team’s outlook in the coming weeks, but, for now, this offseason has been one big shoulder shrug.

Next Read: VGK Plays of the Week: Pacioretty Scores Another Overtime Winner