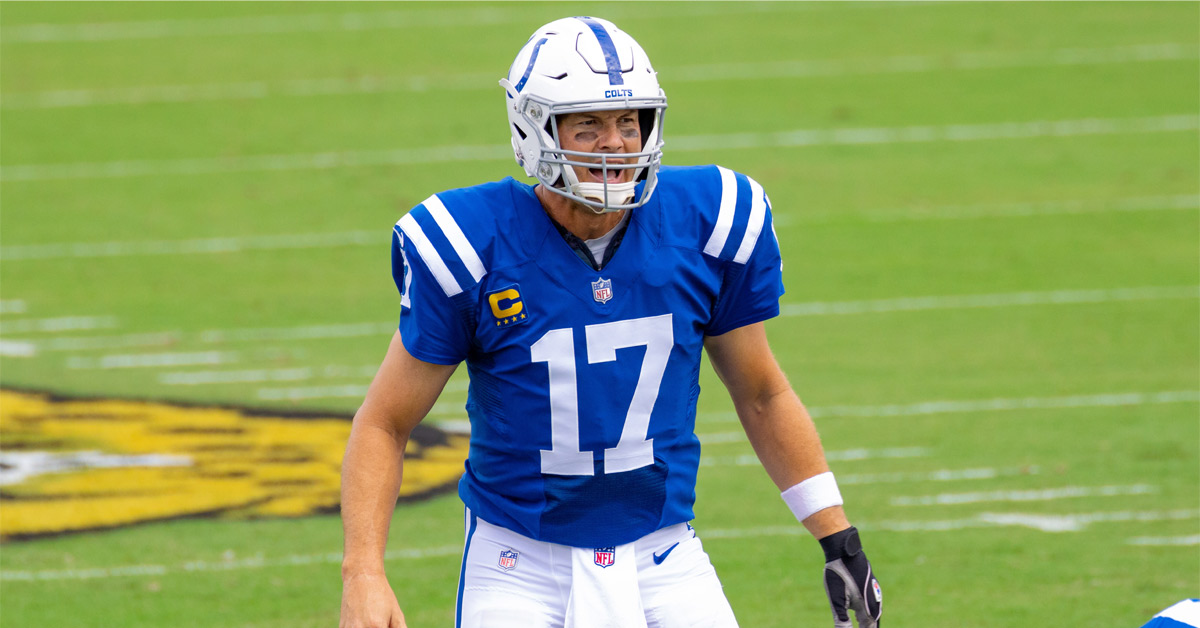 The Tennessee Titans play host to the Indianapolis Colts on Thursday night, with first place in the AFC South on the line.

The Colts are coming off of a frustrating 24-10 loss to the Baltimore Ravens in Week 9 that saw them get outscored 17-0 over the final two quarters. Quarterback Philip Rivers completed just 25-of-43 passes in the loss, and the entire offense looked out of sorts.

The Titans, meanwhile, managed a 24-17 win over the Chicago Bears. They never trailed in the game, and the much-maligned defense had a standout day, forcing two turnovers while holding the Bears to 2-for-15 on third downs.

As it stands, this has the makings of a hard-fought divisional battle between two talented teams. The winner will gain a sizable advantage in the AFC South race ahead of a rematch in Indianapolis during Week 12.

The Titans opened as two-point favorites for the game at most books, but now the line is trending towards the Colts. In this piece, I will go over my best bets for the contest, and provide reasoning for all my picks.

All odds provided in this article are courtesy of William Hill, and as always, please play responsibly.

Even after a garbage-time touchdown burned my under bet last week, I am going back to the well again in this game. The original total was 50.5, and even though we have lost a bit of value on the line during the week, there is still a lot to like with the under.

The first thing that jumps out is both team’s recent form offensively. The Colts had their worst offensive game of the season against the Ravens, as did their 37-year-old quarterback. Meanwhile, the Titans have lacked explosiveness since left tackle Taylor Lewan suffered a season-ending injury in Week 6, with their offense averaging 20.3 points across the last three games.

On the flip side, the Colts own one of the better defensive units in football. They are allowing a league-best 290 yards per game and rank third in the NFL in points allowed per game (20.0). The Titans have been more inconsistent on the defensive end, but they are coming off of their best performance of the year. Defensive lineman Jadeveon Clowney will also be back for the game. Likewise, they own the best turnover-ratio in the NFL, with a plus-nine differential.

Historical trends also back the under, as the total has gone under 48.5 in four of the last five meetings between these squads. Likewise, since the start of the 2019 season, the under is 54-32 in night games.

Above all else, the game script makes me believe in the under. I do not see Rivers returning to form on the road during a short week against a defense adept at forcing turnovers. Similarly, I expect that the Colts defense will prevent Derrick Henry from breaking off any 80-yard touchdown runs. Maybe both offenses solve their problems in the same week, but I’m fully expecting a 24-21 or 21-17 final score.

This pick banks on the hope that the Colts second-ranked DVOA run defense can keep Henry out of the end zone, but it also banks on recent trends as Brown is developing into one of the better receivers in the NFL.

Brown has a touchdown catch in five-straight games! He is catching 85.71% of his red-zone targets this season and is clearly Ryan Tannehill’s top scoring option through the air. Do not overthink it, expect him to get his looks tonight.

I will preface this by saying I also really like Pittman Jr. to have over 2.5 receptions tonight, but with that line at -163, I felt like it was not deserving of a best-bet label. Instead, we will pivot towards his receiving total, which seems like excellent value.

Pittman hauled in four of his seven targets for 56 yards in Week 9, while leading the team with a 17.5% target share. His average depth of target in the game was 15.4 yards, so if this contest follows a similar trend, he may only need two receptions to cash the over.

Even though T. Y. Hilton is back for the game, Pittman’s role in the offense looks safe. He was on the field for 87% of the Colts’ offensive snaps against the Ravens. Hilton is not the player he once was, as he has yet to top 70 receiving yards in a game this season.

Bet on the exciting young receiver that is trending upwards tonight. He may cash this prop in the first half.