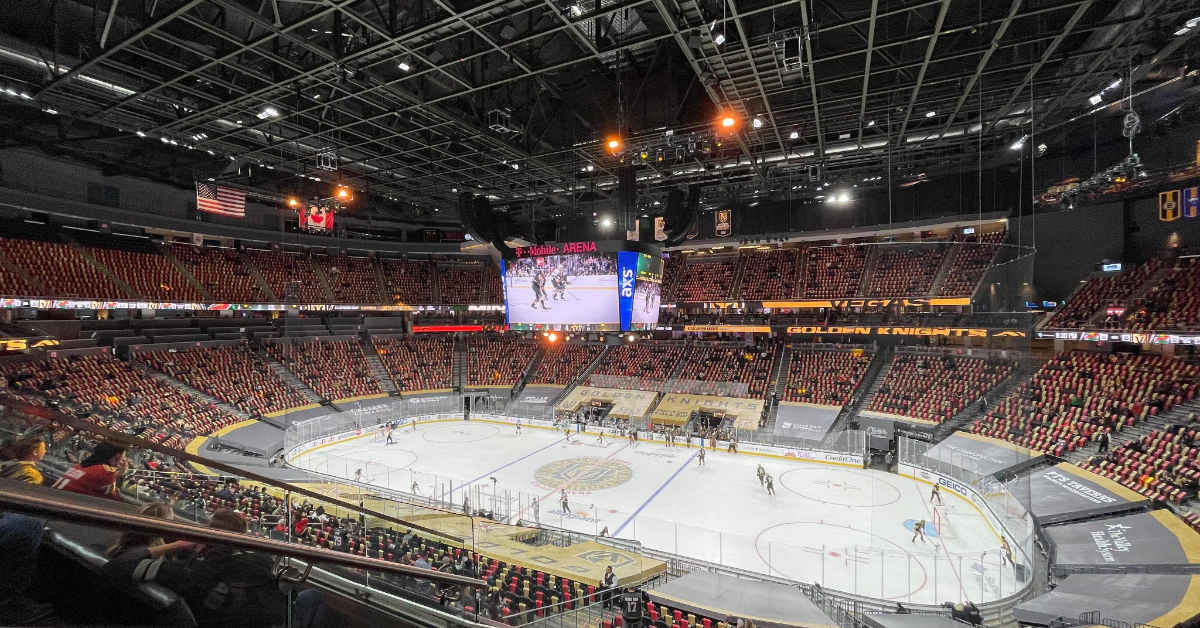 We are back with another edition of Golden Knights Plays of the Week.

Every Monday, we will look at the best Golden Knights’ highlights from the past seven days. Be it a scintillating save, an end-to-end goal or a bone-crushing hit, it will be here.

The team continued their winning ways this week as they won all four games they played. For the first time in almost a year, Golden Knights’ fans could also watch their team live at T-Mobile Arena.

This led to a plethora of praiseworthy plays we can review.

The Golden Knights captain started the week off on a wonderful note.

Stone recorded five primary assists in Monday’s 5-4 overtime win over the Minnesota Wild. He became just the second player in the past 25 years to have five primary helpers in a game.

His best work came in OT when he set up Max Pacioretty for the game-winning tally.

Safe to say, he was pretty excited following the win. So were the 2,605 people in attendance.

Stone also picked up points in each of the other three games this week. He now leads the Golden Knights with 27 points through 21 games this season.

Do you remember five seconds ago when you saw Pacioretty score an overtime winner? Well, do not worry, you are not hallucinating.

Yes, the American winger scored another overtime goal this week. Pacioretty now has three OT goals in 2021, which leads the league. Stone has also assisted on all three goals.

Talk about a bromance.

While Stone and Pacioretty were doing damage on the scoreboard, fan favorite Ryan Reaves was doing damage with his fists.

The power forward, and beer brewing entrepreneur, got into a spirited tilt during Friday’s game.

The pair got reacquainted ahead of Saturday’s game, as well.

Alas, cooler heads would prevail. There were no fisticuffs in Saturday’s meeting.

Golden Knights winger Alex Tuch has been on a tear of his own lately.

The 24-year-old scored twice in Saturday’s 4-0 win over the Sharks, including this rocket of a wrister past goaltender Devan Dubnyk.

Tuch now has eight goals in his last seven games. He has tied Pacioretty for the team lead with 12 goals.

After the game, the forward was quite humble when talking to reporters. He chalked his recent streak up to “probably a little bit of puck luck.”

There is no luck involved when you can shoot like he does.

Next Read: VGK Jams: A Pumped-Up Playlist for Watching the Game