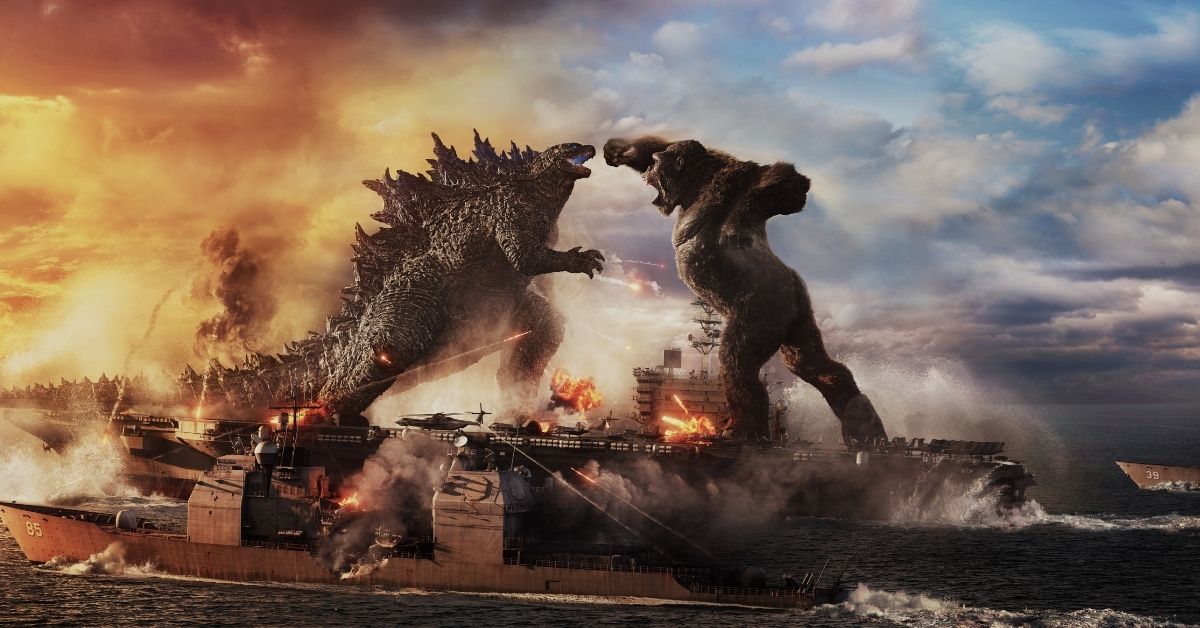 In this week’s movies worth watching in theaters and at home, it’s the rise and fall of titans, from Godzilla and King Kong to the idle rich to an overconfident tech mogul.

Iconic cinematic monsters Godzilla and King Kong engage in an epic battle! What more could you ask for from a big-budget spectacle? Well, you might want a coherent plot or interesting characters, but you won’t get that in this latest installment in Warner Bros.’ MonsterVerse, which follows up on 2019’s “Godzilla: King of the Monsters” and 2017’s “Kong: Skull Island.” Even if the narrative is just filler, director Adam Wingard still delivers plenty of fun monster-fighting action, making the movie worthwhile for fans of the titular titans. The cast includes Alexander Skarsgard, Millie Bobby Brown, Rebecca Hall and Kyle Chandler.

Now playing in theaters and streaming on HBO Max.

Michelle Pfeiffer is fantastic in director Azazel Jacobs’ deadpan comedy about a glamorous New York City socialite faced with the loss of her vast fortune. Frances (Pfeiffer) moves to Paris with her adult son Malcolm (Lucas Hedges) so they can stay in a friend’s apartment rent-free, and they find themselves surrounded by a cast of oddball friends and associates. The movie’s tone mixes magical realism with wry humor, all treated with the same delightful breeziness. The characters are ridiculous but also genuinely soulful, and the ending is perfect.

Idris Elba plays an urban horse wrangler in this endearing family drama inspired by a real-life community of riders in Philadelphia. Troubled teenager Cole (Caleb McLaughlin) comes to live with his estranged father Harp (Elba), who runs the last stables in North Philadelphia, and even keeps a horse in his living room. Some of the coming-of-age material and father-son bonding is corny, but director and co-writer Ricky Staub captures a unique setting and forgotten aspect of American history while challenging the typical pop-culture conception of what a cowboy should be.

College senior Danielle (Rachel Sennott) joins her parents at a shiva (a sort of Jewish version of a wake) only to discover that both her ex-girlfriend Maya (Molly Gordon) and Max (Danny Deferrari), the older man she’s been sleeping with in exchange for money and gifts, are also in attendance. Already unsure about her life choices and constantly bombarded with questions by her extended family, Danielle has a bit of a meltdown in writer-director Emma Seligman’s sharp, funny (and anxiety-inducing) debut feature.

“WeWork: Or the Making and Breaking of a $47 Billion Unicorn”

Unwieldy title aside, this documentary provides a concise and engaging primer on the rise and fall of co-working start-up WeWork and its narcissistic but charismatic co-founder Adam Neumann. Director Jed Rothstein doesn’t get to interview Neumann, but he effectively deploys archival footage of Neumann’s many grandiose pronouncements. Former employees and outside observers offer context for the ongoing saga, which captures the hubris and excess of the tech industry along with the cult-like atmosphere engendered by many self-help gurus.