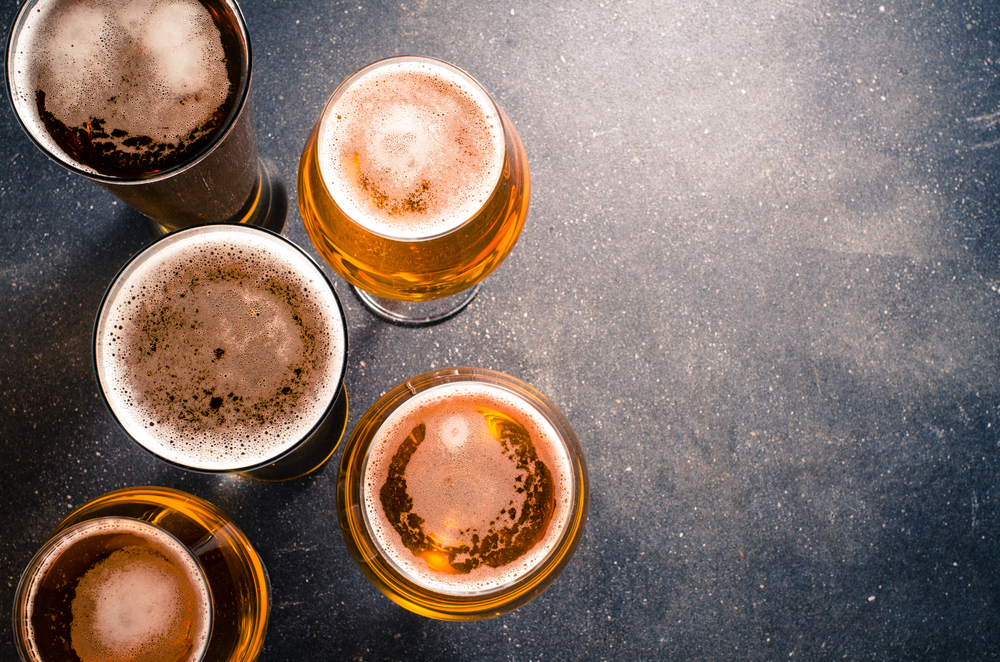 It’s finally here — Super Bowl LV. The game is sure to be a good one with Tom Brady — an iconic QB nearing the end of his career — and the Tampa Bay Buccaneers hosting new superstar Patrick Mahomes and the defending Super Bowl champion Kansas City Chiefs.

But what’s really important is which beers you choose to accompany The Big Game-watching. To assist you in that effort, we’ve assembled a list of must-drink local beers. Drink all these tasty suds and earn our eternal admiration.

One of Vegas’ most veteran breweries, Tenaya Creek continually showcases some of the Valley’s most creative variants with its Offline Series of brews as part of its 30-tap drafts. Offline Series consists of an ever-rotating selection of Tenaya base beers accented with adjuncts, presenting them in a new light.

So if you’re in for a day of drinking and football watching, why not have a beer spiked with coffee? Rise n’ Shine MF — the MF decidedly does not stand for Monday to Friday — highlights Tenaya’s Bonanza Brown Ale maltiness with coffee, maple cocoa nibs and vanilla. At 5.6%, the result is an extremely crushable yet complex session beer worthy of a long day’s haul.

There might not be a more diverse variety of styles at any other Valley brewery than Able Baker Brewing’s, ranging from the bourbon barrel-aged Chocolate Chip Honey Dip stout and rum barrel-aged Turning Eagles Into Vultures barleywine to the Vertical Smoke Trails smoked beer.

But a current tap highlight is a guest brew from JuxtaNomad’s Kyle Weniger — Grandma’s Candy Tray. While his bourbon-barrel-aged imperial stout gives a mean kick, the added caramel endows it a distinct butterscotch vibe that obscures some of this 14.8% beast’s booziness. Consider it a sipping beer to get you through the game.

Dive into the Beer Zombies Pop-Up Bottle Shop at the near-Strip favorite Office Bar and explore a nicely curated selection of cans and bottles, including the latest from Chris Jacobs’ Beer Zombies Brewing. Among the selections is his Wizards and Zombies triple hazy India pale ale, which drinks easier than its 10.5% might suggest.

But the characteristic hoppiness certainly reminds you that you’re partaking in an IPA.  And with a fun riff on the infamous “House” movie poster on the label, the can might be even worth collecting as a reminder of your Super Bowl soiree.

If you haven’t ventured out to Summerlin to partake of Scenic’s beers, then you’re missing out on some creative brews. Because while the former pizza shop turned massive brewery might be nondescript, its beers are not.

Particularly delicious right now is Coffee Stout’s for Closers, a 9% ABV imperial oatmeal stout brewed with locally roasted coffee beans. The coffee notes are prominent on the nose and palate but balanced enough to not overwhelm the inherent oatmeal stout flavor. And, besides, any beer named after one of Alec Baldwin’s most famous lines is a must-drink.

Dave Pascual’s fifth version of Man’s Best Friend, a series of beers aged in Jameson whiskey barrels, is as memorable as its predecessors, unsurprising from the Valley’s most decorated brewer. Previous renditions included a Belgian dark strong ale and a doppelbock, with Pascual choosing an imperial brown ale for his latest iteration.

The 9.5% ABV brew displays the characteristic vanilla and caramel undertones one expects from barrel aging without masking the beer itself. It’s a display in subtlety and balance that Pascual has been known to demonstrate throughout his career.

The Strip-adjacent Ellis Island Casino & Brewery is enjoying a resurgence with a newly opened Front Yard beer garden accompanied by a recent overhaul and upgrade to its brewing program. If you haven’t been recently, now’s a good time to revisit as Front Yard produces high-quality renditions of common beer styles.

An example of this is the newly released Berliner Weisse, a slightly tangy 3% ABV that serves as a good introduction to the style and brewery. And at that ABV, you can clock in a whole day of drinking while hardly getting drunk — if that’s your thing.

She Wore a Raspberry Puree at Lovelady Brewing Co.

Who doesn’t love drinking a delicious beer with a funny name? An ode to one of the late Prince’s best songs, “She Wore a Raspberry Puree” is a 9% ABV stout aged on raspberry and cocoa nibs. The cocoa flavors are subtle, but the raspberry is dominant, resulting in a sweet stout without being cloying.


Read: All the Best Local Places to Watch the Super Bowl

Drink at the Only Bar in Las...