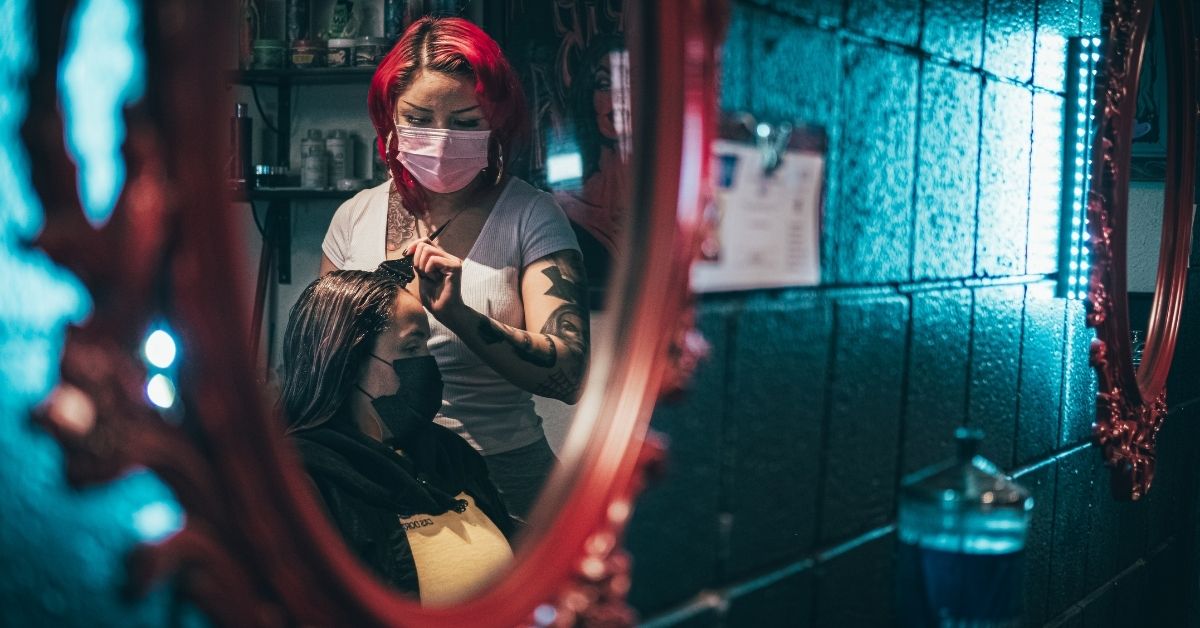 Meet the Humans of Downtown: stories and snapshots from the urban core of Las Vegas

Andrea Marquez is making up for lost time. A hairstylist and owner of Dream Up Hair Studio, her business was severely impacted by the pandemic and its subsequent shutdown. So in 2021, Marquez is not taking her foot off the gas.

“I didn’t want to go through that again, so I figured we should utilize the space as much as possible,” she says. “This year, I want us to live our best lives.”

In addition to vintage hairstyling, Brazilian blowouts, haircuts and other services, she recently launched Dream Fitz to sell items from her carefully curated collection of vintage, punk and rockabilly looks along with turning her walls into an art gallery for rotating featured artists.

She’s also hosting a series of events, from charity drives to socially distanced punk performances, including a three-day Valentine’s Day pop-up with local vendors and the first edition of the Firme Fest in March.

A former pinup model, everything Drea does is inspired by her Chicana culture and pachuca style.

“Growing up in Ventura County, that’s all I was surrounded by. My family members were either in car clubs or gangs,” the 28-year-old says. “I always thought the women were so beautiful … their hair would be in victory rolls. They’d always have a rose or flower in their hair.”

She began emulating those looks and quickly learned she had a knack for it. So when she moved to Las Vegas permanently in 2011, she decided to do hair full-time, landing at Josephine Skaught Hairdressing in the Arts District in 2012. “Everything I know, I learned from Skaught,” she says.

When it came time to branch off on her own three years ago, she knew she wanted to stay in DTLV, opening her shop at 1551 S. Commerce St.

“Moving to this spot was a no-brainer,” she says. “This is the most culture in Las Vegas, and it feels very homey to me.”