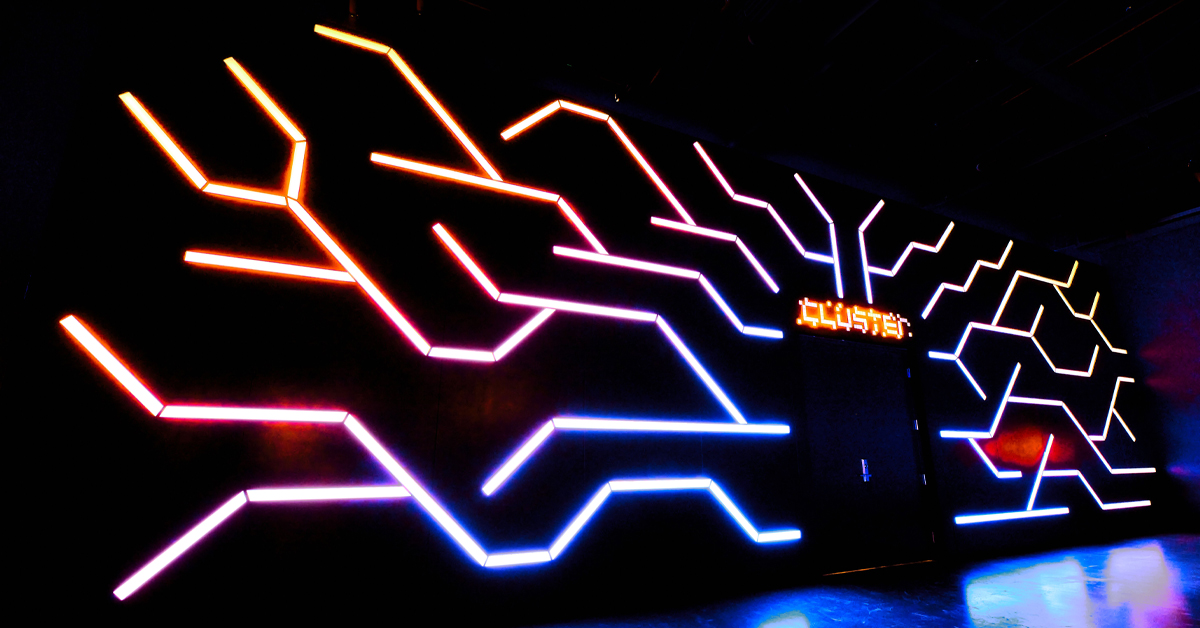 A Journey into Light and Sound at AREA15

A New Kind of Art Museum

Museum Fiasco is the first-ever Kunsthalle-style museum in Nevada, based on a German concept of a space having no in-house collection of art or historical pieces. Instead, the venue plays host to a revolving series of third-party exhibits. Museum Fiasco was founded by Ryan Doherty and Corner Bar Management, which is best known for cocktail bars and nightlife concepts like the Laundry Room, Commonwealth, Park on Fremont, Discopussy and Lucky Day, as well as Oddwood, the centerpiece of AREA15 with an eye-catching 25-foot-tall LED maple tree.

What You Need to Know

FUN FACT: Museum Fiasco is one of just 14 known Kunsthalle-style museums in the United States.

INSTAGRAM: Take a sneak peek at the art before planning a visit

Experience the Spectacle of “Cluster”

The first exhibit at Museum Fiasco is “Cluster”–a hall of mirrors that takes advantage of reflections, lights and sound to produce a series of performances within a captivating environment. More art than entertainment, the exhibit has a certain musicality within its loud hums, beats and vibrations. At times, it almost feels like an EDM concert, and you may even see a visitor pump a fist here and there. You’ll definitely see plenty of phones. The colorful installation is the ultimate selfie spot. The less said, the better–although this isn’t necessarily an experience in which spoilers apply. Don’t expect too much and just let the moment envelop you.

While Las Vegas doesn’t have a full-scale accredited art museum, AREA15 could be the next best thing. In addition to Museum Fiasco, the 40,000-square-foot retail, dining, and experiential event space is also host to Gallerie 360, a wall-to-wall display of video, narration, animation and music in a large, rectangular room known as The Portal, and Wink World, a 3D black-light art gallery opening by the end of the month. AREA15 debuted with Art Island, a collection of outdoor installations that include a large owl and gutted airplane fuselage and is awaiting the 2021 debut of Omega Mart, an expansive, interactive exhibit by Meow Wolf, which will play fast and loose with a surreal superstore environment.

Tickets for Museum Fiasco are $25 for adults (with $5 off for Las Vegas locals, military and seniors) and $15 for children 12 and under.

By following the Kunsthalle format, Museum Fiasco is likely to see more freedom than limitations in its presentations. It could be the one space within AREA15 where return visitors can truly expect the unexpected, while opening their eyes and minds to new horizons.