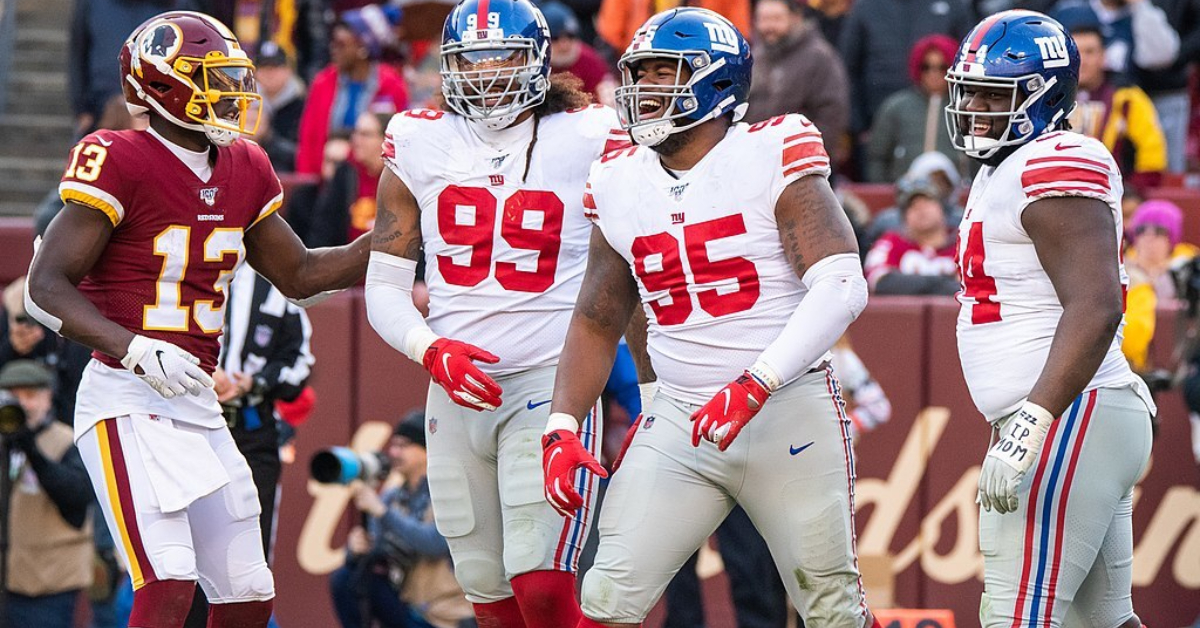 The Las Vegas Raiders desperately need an overhaul on defense.

That is no secret, as the once-promising 2020 season quickly fell flat because of the team’s inability to get stops.

The Raiders gave up an average of 29.9 points per game, ranking 30th in the league. They gave up the second-most rushing touchdowns in the NFL, the seventh-most passing yards and recorded just 21 sacks all season.

Safe to say, their defensive issues are widespread.

They already found their new defensive coordinator in Gus Bradley, but that was just the first step in the offseason plans. Now, the attention shifts to who is available on the free-agent market.

Here are three defensive free agents the Raiders should focus on heading into the 2021 offseason.

OK, this one is fairly obvious.

Leonard Williams is the best defensive tackle available in free agency this season. He is an elite run stopper who has above-average pass-rushing qualities. He recorded 11.5 sacks for the Giants in 2020 while posting the fifth-best run defense grade among interior defenders, according to PFF.

What were two things the Raiders were terrible at in 2020? Stopping the run and rushing the passer.

His presence on the defensive line would go a long way toward shoring up the Raiders’ porous interior. He is still only 26 years old and even mentioned that he would love to join the Raiders ahead of the 2015 draft.

While he would command a significant contract on the open market, I think he should be the team’s top focus when free agency begins.

Once the Raiders shed the unnecessary cap hits of expendable veterans, they would have enough money to give Williams a competitive offer.

Any team looking for a bonafide pass rusher this offseason will inquire on Carl Lawson.

He produced 5.5 sacks, 32 quarterback hits, 41 pressures and two forced fumbles in 2020, resulting in the ninth-best pass-rushing grade in the NFL.

Lawson possesses a perfect blend of power moves and explosion off the snap, something the Raiders are drastically lacking. The 25-year-old would give the Raiders their first legitimate pass-rushing threat since Khalil Mack.

There is no guarantee that the Bengals allow Lawson to walk, as they will do all they can to keep their star edge defender in orange and black.

If he hits the open market, the Raiders better be one of the first teams to call his agent. You cannot win in the NFL without a strong pass rush, and the Raiders’ has been non-existent for four consecutive years.

The Raiders’ secondary was abysmal throughout the year. According to PFF, second-year safety Johnathan Abram was the worst qualified safety in the entire NFL last year.

In a division featuring Patrick Mahomes and Justin Herbert, that will not fly.

Enter Justin Simmons, one of the more underrated defensive backs in football. He was the No. 1 defender in 2019 based on PFF’s WAR metric and finished 2020 as the eighth-highest graded safety in the NFL.

He has recorded nine interceptions, 189 tackles and 24 pass deflections over the past two seasons. Simmons would instantly become the best defensive back on the Raiders’ roster, which would take some pressure off young corners Trayvon Mullen and Damon Arnette.

After playing under a franchise tag last season, the Broncos will try their hardest to keep Simmons on the roster. Much like Williams, he will carry an expensive price tag, but he has the talent to back it up.