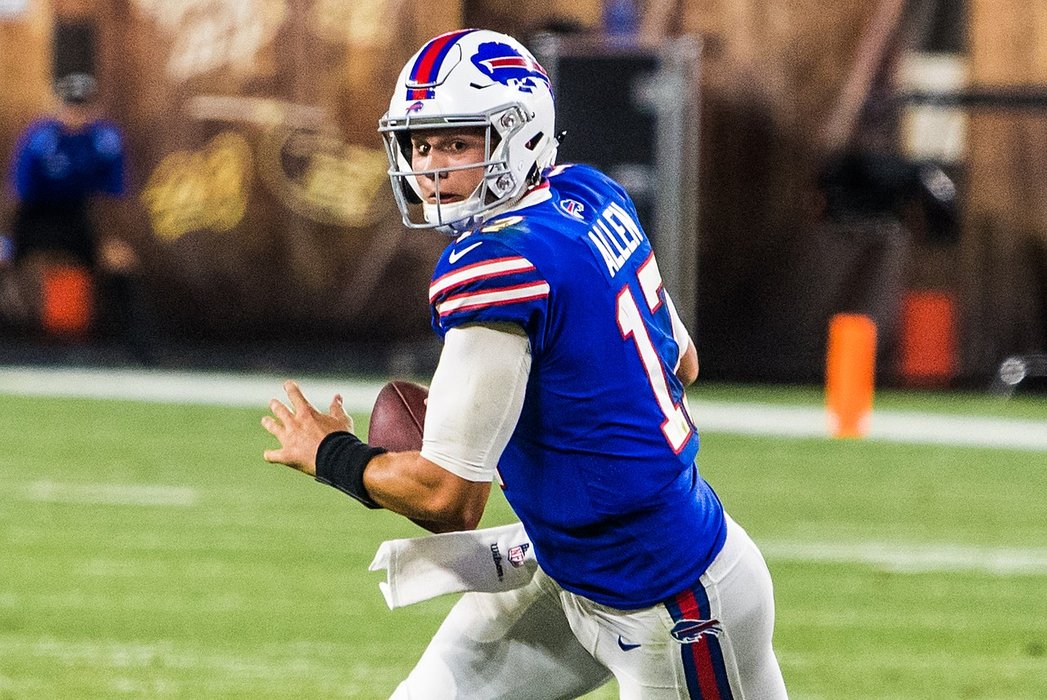 The wildest weekend of the NFL postseason has arrived.

The 2021 NFL playoffs kick off with six wild-card matchups over a two-day span, which is music to the ears of football fans and sports gamblers alike.

In this piece, I will go over my best bets for each matchup and provide my reasoning for the picks. All odds provided here are courtesy of FanDuel SportsBook. As always, please play responsibly.

Buffalo Bills quarterback Josh Allen put together a phenomenal 2020 regular season. The third-year pro set career highs across the board, leading the Bills to the second-best record in the AFC.

If the Bills are going to win their first playoff game since 1995, it is going to be on Allen’s shoulders. From Week 9 to Week 16, which is when he really hit his groove, he averaged 27.4 completion per game. That also discounts the 18 first-half completions he put up in Week 17 against the playoff-hopeful Miami Dolphins.

The Bills ran passing plays on 60.25 percent of their offensive snaps this season, and the Colts defense has proven to be susceptible through the air in recent weeks. On the flip side, the Colts have one of the best run defenses in all of football, so Allen and the passing attack will be the offensive focal point.

This game also features the second-highest total of the weekend, with oddsmakers clearly expecting a lot of offense. All things considered, Allen is going to have to take charge and lead his team. I think he is up to the task.

There is no guarantee that Rams quarterback Jared Goff even plays in this game after undergoing thumb surgery on Dec. 28. The former first-overall pick returned to practice on Thursday, but he still has a limited designation.

Even if Goff plays, I like the Seahawks in this one. They beat the Rams 20-9 in Week 16 and have come alive defensively in the second half of the season. Since Week 8, they are allowing an average of 16 points per game. An inspired defensive unit playing their best football of the year against an injured quarterback in cold weather sounds like a recipe for success.

The Rams defense is phenomenal, that is no secret. Having said that, I am far more comfortable riding with Russell Wilson in a playoff game than a banged-up Goff or John Wolford. Wilson fell off of his torrid pace from the start of the year, but the 32-year-old put up another elite season.

Wilson accounted for 42 touchdowns this year, while DK Metcalf, Tyler Lockett, and Chris Carson make for a dynamic supporting cast. Likewise, the Rams are just 4-10 against the spread in their last 14 trips to Seattle. Give me the home team with the game-changing quarterback, I think Seattle wins by at least a touchdown.

This seems like a fairly low total for a starting running back on a team that is a multi-score favorite. The temperatures may even drop below freezing during this game, which only adds to Ronald Jones’ perceived role in the offense.

Granted, the Buccaneers are one of the most pass-happy teams in the NFL, throwing the ball on 63.72 percent of their offensive plays. Coincidentally, the strength of Washington’s defense is their pass rush and secondary.


If the Buccaneers want to buy Tom Brady time in the pocket and set up their play-action passing, they must establish the run in some capacity. Jones is the top running back on the roster by a wide margin, and they will use him to keep the Washington pass rush honest.

Even if Jones struggles in the first half, he should see a handful of touches in the fourth quarter with the Buccaneers likely leading. He has cleared this number in three straight games and in four of his last five. Look for him to hit at least 60 yards on the ground in this one.

I am targeting the Ravens’ passing game in this contest because the Titans’ pass defense is just so abysmal. Lamar Jackson has also thrown multiple touchdowns in three straight games and in 60 percent of his appearances this season.

The Titans gave up the fourth-most passing yards in the league, the second-most receiving touchdowns, and an average of 2.2 passing touchdowns per game. Their defensive focus will be on limiting the Ravens’ league-leading rushing attack, which will open up Jackson’s opportunities to throw.

I am also doubling down with Jackson’s passing-yard prop. Part of the reason the Titans pass defense is so bad is because they have a non-existent pass rush. Jackson will have a lot of time in the pocket, as the Titans were third-last in the league in quarterback sacks, second-last in pressure rate percentage, and sixth-last in air yards on completions.

I trust head coach Jim Harbaugh to scheme up enough passing plays to take advantage of the porous unit. This game also features the highest total on the slate, meaning offense will be plentiful on both sides. Maybe the Ravens dominate the trenches and run wild on the ground, but I think Jackson makes enough plays with his arm to cash both props.

The Bears propelled themselves into the playoffs by winning three of their final four games. Pundits have been praising their resurgent offense, led by Mitchell Trubisky and David Montgomery, but I am not buying the Bears as a legitimate threat.

The three-game win streak that brought them into the playoffs came against teams with a combined 12-36 record. Those are also the only three games they have won since Week 6. The Green Bay Packers thoroughly dominated the Bears in Week 17, and I expect to see a similar outcome against the Saints.

The Saints have had a year marred by injuries, but they’ve proven to be an elite team regardless of any adversity in their way. They finished the regular season as the number-one ranked team in DVOA, a metric that compares every single play to the expected league average.

All-Pro wide receiver Michael Thomas, All-Pro kick returner Deonte Harris, running back Latavius Murray, and free safety Marcus Williams all returned to practice on Thursday. Star running back Alvin Kamara, who tested positive for COVID-19 last week, is also eligible to return for the contest, assuming he tests negative prior to the game.

The Saints were top five in the NFL in yards allowed, points against, and takeaways. They scored the fifth-most points per game in the league and had the seventh-fewest turnovers. They accomplished all of this despite missing key contributors for large portions of the season.

According to The Action Network’s public betting data, sharps seem to be on the Saints as well. About 61 percent of the tickets are on them, but over 90 percent of the money. They are a much, much better team than the Bears, and getting them under 10 points is a steal. Eat the chalk and do not overthink it.

During the Steelers 11-0 start, they seemed invincible. That has not been the case in recent weeks, however, as they lost four of their final five games. One of the biggest problems as of late has been a struggling run defense. Over the last four weeks, they have allowed an average of 143.7 rushing yards per game.

Enter Nick Chubb, one of the best running backs in all of football. He hung 103 rushing yards on the Steelers defense in Week 17, averaging 7.7 yards per carry. He had over 70.5 rushing yards in eight of his 12 games this year and is averaging 91.1 rushing yards per game over his last 28 appearances.

Part of the Steelers issues stem from the crushing losses of linebackers Bud Dupree and Devin Bush. Neither player is going to return this season, which has left a glaring hole in the middle of the Steelers defense. This is problematic against a Browns team that loves to pound the football on the ground.

The general expectation is that Chubb is going to have a serious workload in this game. If the Browns are going to win, they need to control the line of scrimmage and give Chubb at least 20 carries. The Steelers still have a good defense, but it has faded in recent weeks and Chubb is an elite runner.

This total simply seems too low for a running back of Chubb’s caliber in a game where he is the focal point. I think the 25-year-old runs wild on Sunday night.