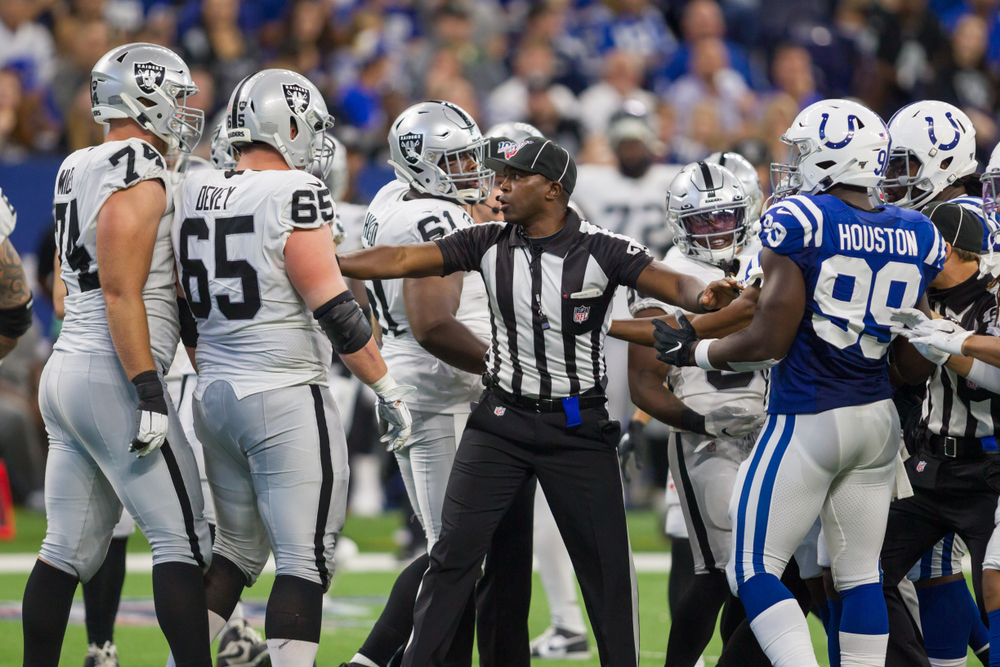 Hours after a dismal 44-27 loss to the Indianapolis Colts in Week 14, the Las Vegas Raiders fired defensive coordinator Paul Guenther.

The writing had been on the wall for a while, as the defense had seen minimal improvements since Guenther arrived in 2018.

Unfortunately, this decision may have come too late. According to FiveThirtyEight, the team now sits with a 15-percent chance at the postseason with three games to go. Even if they win all of their remaining games, there is no guarantee they will make the playoffs.

So, what went wrong? Well, multiple things have contributed to the team’s 7-6 record this season, but the defensive unit is the biggest culprit.

In what was unquestionably the biggest game of the year to date, the Raiders’ defense offered little resistance. They surrendered 456 yards of offense to the Colts, allowing an average of 7.7 yards per play. They forced a single punt in the game, while recording no takeaways and no sacks.

“Defensively, we had no answers today,” said head coach Jon Gruden. “You can’t give up that many yards rushing, not get to the quarterback, lose the turnover margin, and expect to win in this league.”

The thing is, this type of performance was not an outlier under Guenther. In fact, it had become the norm.

It was the second game in a row where the Raiders gave up over 200 rushing yards. They conceded 17 fourth-quarter points, and now lead the NFL with 148 points allowed in the final quarter. It was the eighth game this season where they gave up at least 30 points.

But things are even worse on a broader scale.

In almost three full seasons with Guenther at the helm, the team’s defensive stats are appalling. They rank last in the NFL in points allowed per game (28.4), last in sacks (60), 31st in yards per play allowed (6.04), 29th in passer rating against, and 30th in takeaways (47).

They’ve made marquee free agent signings and drafted a plethora of defensive players since 2018, but the results have remained the same.

Sure, injuries have played a massive role. There were also no rookie camps or preseason games ahead of the 2020 season.

Alas, every team deals with adversity. The Raiders just never found any answers.

Linebacker coach Rod Marinelli will serve as the interim defensive coordinator for the remainder of the 2020 season.

He is a respected defensive mind with decades of NFL experience. Prior to joining the Raiders, he served as the defensive coordinator for the Dallas Cowboys from 2014-2019.

Woefully, he has little time to work with, as the Raiders play on Thursday night against the Los Angeles Chargers. The team will also likely be without several starters on defense due to injury.

Despite the adversity, Marinelli believes he is up for the monumental task at hand. Above all else, he wants to create an identity for the defense.

“You got to hit like a Raider, [with] great tempo, great pursuit, and gang tackle,” the 71-year-old said in his Tuesday press conference. “That takes no talent, none, it takes an attitude and a will to do that.”

While that may sound like a cookie-cutter coaching response to some, it is something the Raiders have been missing for multiple years. At no point over the last few seasons have they looked like a defense with an identity.

Only time will tell if Marinelli can get the unit on track for Thursday’s must-win game, but at least he has the experience to back it up.

“It’s a short week, but that’s what I enjoy and rally men around, to really go play hard and fast in any circumstances.”