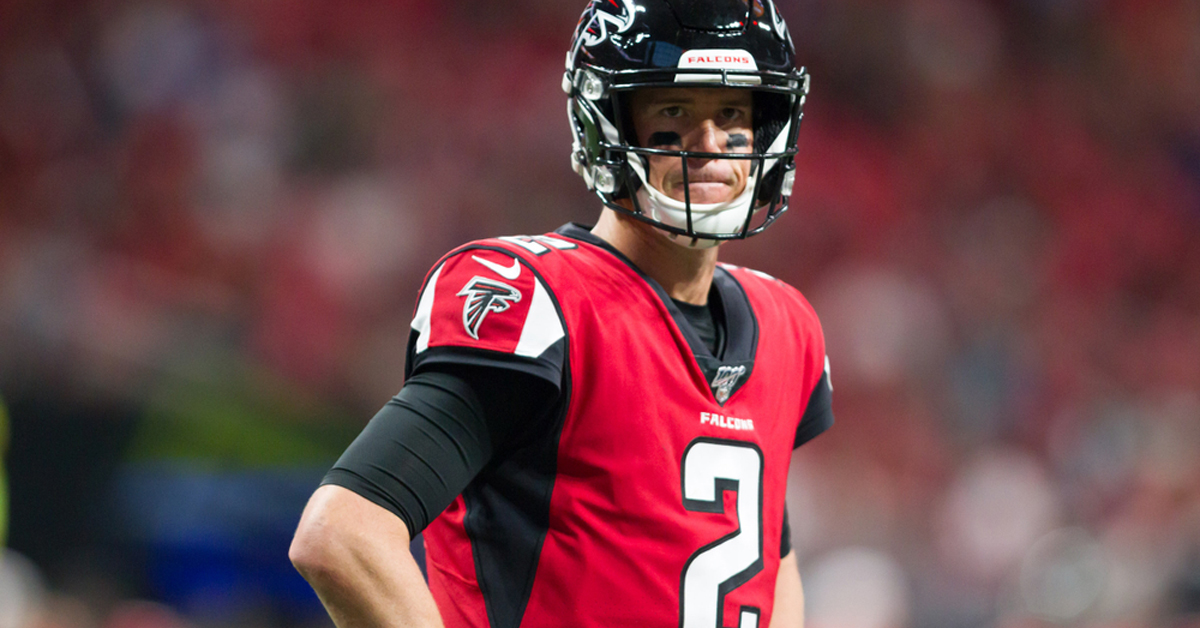 The Las Vegas Raiders claimed the 2020 season would be different.

They claimed this group would not crash and burn like the 2019 team because of their preparedness and accountability. For a while, it was actually believable. But now, after an embarrassing 43-6 loss to the lowly Atlanta Falcons, the parallels to the 2019 team are back with full force.

The symmetry is almost poetic. The 2019 Raiders also entered Week 12 with a 6-4 record. They also had a matchup against an inferior 3-7 opponent, and a win would have put them ahead of the pack for a postseason berth. Alas, the team was blown out 34-3 by the New York Jets, and the loss completely derailed the season.

They can say they are a different team all they want, but those are nothing more than hollow sentiments until they prove it with their play.

A Week 13 matchup with the 0-11 Jets may be the remedy the Raiders need to get back on track. Nevertheless, after how they performed against the Falcons, it is tough to trust them against any team.

A Mountain of Mistakes

The Raiders were dominated in every facet of the game in Week 12, but they also made several self-inflicted errors.

They committed 11 penalties for 141 yards, by far the most of the season. This came on the heels of an eight-penalty showing in last week’s loss to Kansas City. Head coach Jon Gruden called the lack of discipline “a recipe for disaster” and blamed himself for the egregious effort.

Quarterback Derek Carr also had a day to forget, completing 22-of-34 passes for 215 yards and no touchdowns. He lost three fumbles and threw a pick-six, marking the first time since 2013 that a Raiders QB had four turnovers in a game.

After Carr had arguably the best game of his career in Week 11 against the Chiefs, the game against the Falcons was probably his worst. “Our fans deserve better than what we did today,” Carr said. “That was a bunch of trash.”

Even with a near-flawless effort, it is hard to win on any given week in the NFL. When you make the number of mistakes the Raiders did, it is impossible.

Josh Jacobs had a dismal day against the Falcons, tallying 27 rushing yards on seven carries. He also wound up losing a fumble for the first time since Week 3. Making matters even worse, the 22-year-old limped off the field in the third quarter with an ankle injury.

Early reports are that it is just an ankle sprain, and Jacobs seems confident in his ability to play against the Jets. The Raiders need their star running back if they are going to make a run at the postseason, so hopefully, he can suit up on Sunday.

Rookie corner Damon Arnette also left Sunday’s game after colliding with a teammate. Gruden said Arnette “seems like he’s feeling good,” but he will have to pass through concussion protocols to play on Sunday.

Now is not the time for injuries to start piling up with key contributors like Clelin Ferrell, Jalen Richard, and Trent Brown already sidelined. More updates on the injury front will come throughout the week.

Plain and simple, the Raiders have to beat the Jets in Week 13.

According to FiveThirtyEight‘s projection model, the Raiders currently sit with a 43-percent chance at the postseason. A win against the Jets bumps that number to 51 percent, while a loss plummets it down to 20 percent.

The Raiders still control their destiny. Their games against the Indianapolis Colts (Week 14) and Miami Dolphins (Week 16) have massive playoff implications. Alas, those games do not matter if they cannot handle business against the weaker parts of their schedule.

If they want to prove they are a new team, free of the ghosts of 2019, they need to beat the Jets.

Otherwise, instead of enjoying the excitement of a playoff race, we will be talking about another shocking disappointment.