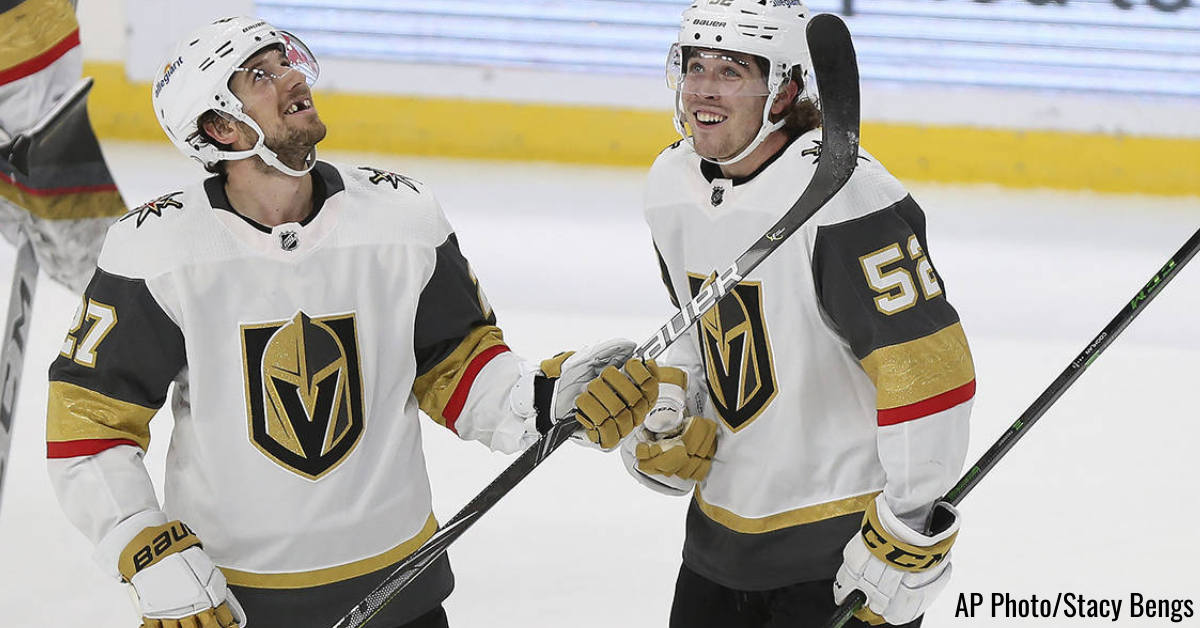 We are back with another edition of Golden Knights Plays of the Week.

Every Monday, we will look at the best Golden Knights’ highlights from the past seven days. Be it a scintillating save, an end-to-end goal or a bone-crushing hit, it will be here.

The Golden Knights saw their winning streak end this week, but they finished on a high note with two wins over the St. Louis Blues.

Let’s look at some praise-worthy plays from last week.

In Wednesday’s game against the Minnesota Wild, unheralded defenseman Dylan Coghlan scored the first goal of his NHL career.

An exciting moment, right? Your first goal in the NHL is something that a player never forgets, but Coghlan had more in store.

The 23-year-old recorded a hat trick in the same game he scored his first-ever goal.

While the Golden Knights ultimately lost the game, it was a memorable performance from Coghlan. He became the third defenseman in NHL history to score his first three career goals in the same game.

Coghlan went undrafted through all three years of his draft eligibility. He eventually signed as a free agent with the Golden Knights in 2017.

During the post-game interview, he noted that “it is definitely a night I’ll remember for the rest of my life.”

The Golden Knights and Blues combined for a riveting game on Friday night.

The teams went back-and-forth throughout regulation before heading to overtime tied 4-4.

In the extra frame, the Golden Knights received a power-play opportunity. Reilly Smith capitalized on it.

If there is one area where the Golden Knights could really improve, it is on the power play.

They have the 24th-ranked unit in the NHL, so Smith’s tally in a key situation was a promising building block.

In actuality, I could write a piece about Marc-Andre Fleury highlights every week.

Despite a false-positive COVID-19 scare, the veteran netminder was a stalwart once again.

He robbed Mats Zuccarello with a larcenous glove save during Wednesday’s game.

He also hit several milestones this week, which seems to be a common occurrence for the 36-year-old.

He became the 12th goalie in NHL history to play at least 50,000 minutes in a career.

Fleury also picked up the 197th (and 198th) road win of his illustrious career, which puts him in fifth place on the all-time list.

Among all goaltenders with at least 10 starts this season, Fleury leads the way in goals-against average and save percentage.

Is the first Vezina Trophy of his career on the horizon?